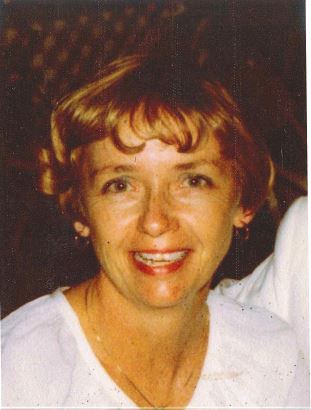 Margaret Mary Lewis Toney, a beautiful, wonderful mother and wife, Margaret (also known as “Butch” since early childhood) was a lady of true tough love. She bore and raised five children. She worked hard teaching school while being a great housewife to make certain her children received good educations. Each night she prepared a solid dinner for her family. The entire family graduated from ASU. Her grit and courage will not be forgotten – she was loved and will be truly missed. Margaret died on March 4th. Margaret was born in Colorado Springs on October 2, 1936, to M.E. and Kathleen Lewis. Her family moved to Phoenix after WWII, where she attended St. Francis Xavier grade school and St. Mary’s High School. She met her future husband – who was lucky to meet her on a blind date in 1957 – and they married upon graduation in 1958. Both were active in the effort to get the school university status. Margaret served as president of the Gamma Phi Beta sorority and was listed in the “Who’s Who in American Colleges”. She earned a Bachelor’s Degree in education and taught for over twenty years in the valley.
Margaret had many friends, being exceptionally close to fifth grade school friends known as the “Slippery Seven” – Kaye Hile, Dr. Ruth Covell/Simon, Patty Mullen, PeeWee (Eleanor) Weiler, Marianne Alcott, and Susie Hurley DeConcini.
Margaret is survived by her husband of 60 years, Ken Toney, five children, fourteen grandchildren and six great-grandchildren; sisters Kitty Tanner, Betsy MacNamara. Preceded in death by her parents, sister, Sue Geare and brother Mike Lewis. Her children are: Theresa Filiger (Dennis), Julie Daly (Jim), Katy Regester (John), Matthew Toney(Barbara), Patrick Toney(Tara). Grandchildren are: Brady Alexander, Cody Alexander, Casey Alexander, Riley Alexander, Stephanie Campbell(Joe), Toni Sadler(Isaiah) Michael Sherman, Laura Regester, Emily Regester, Charlie Regester, Zachary Toney, Annabelle Toney, Henry Toney and Hollis Toney. Great-grandchildren are: Audrey, June and Stellan Campbell, Rosalyn, Isaiah and Macklin Sadler.
Visitation will be held on Friday, March 9th, from 6:00 P.M. to 8:00 P.M. with a Rosary prayer service at 7:00 P.M. at Whitney & Murphy Funeral Home, 4800 East Indian School Road. Funeral Mass will be held on Saturday, March 10, 2018 at 10:00 A.M. at Brophy Chapel, 4701 N. Central Avenue in Phoenix. In lieu of flowers, Margaret asked that you extend your charity to the Hospice of the Valley Ryan House, 110 W. Merrell St, Phoenix, AZ 85013; or the Cursillo Movement c/o Mt. Claret Center, 4633 N. 54th Street, Phoenix, AZ 85018. She wanted to thank all of those who have been such wonderful friends. She was truly a fine lady who did not like bullies and confronted many in her day.

Offer Hugs From Home Condolence for the family of TONEY, MARGARET MARY LEWIS