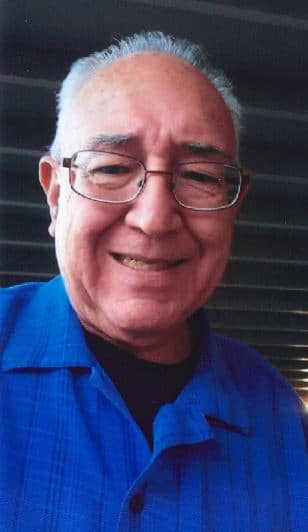 Richard F. Torres, 75, passed away peacefully on April 4, 2022 at home, surrounded by his loving family. Richard was born and raised in Phoenix, AZ. His parents were Armando and Nellie Torres; two brothers Joe and Manuel Torres; and sister Josie Rodriguez.  He is survived by his childhood sweetheart and wife, Teddy, of 54 years, and their 5 children; Diana Bordeau, Steven Torres, Noreen Sparks, Christopher Torres, and Robert Torres; along with 25 Grandchildren and 12 Great-grandchildren, which was special because Richard was their only Grandfather and Great-grandfather.

Richard went to Phoenix Union High School and graduated in 1966 after having been an Honor Roll student for all 4 years. He continued his education by attending Phoenix College where he graduated with an Associate Degree. In 1968, he became employed by Sears and Roebuck for a then 37 years, where he continued his education through Sears. Richard was a licensed Electrician, Gas, and Plumber. He was a top employee for Collection and Production all 3 years in a roll. His second Job was Through C.B.R.S., Realty was as a Building Engineer for 12 years.

In 1971 at St. Catherine’s of Sienna Catholic Church, Richard was a Lector for over 16 years. He also joined St. Vincent De Paul distributing food to the needy in the community.

Richard enjoyed playing guitar with his Dad and brothers for many years. Richard’s hobbies included fishing, camping, and creating projects with metal and wood.

Offer Hugs From Home Condolence for the family of TORRES, RICHARD F.