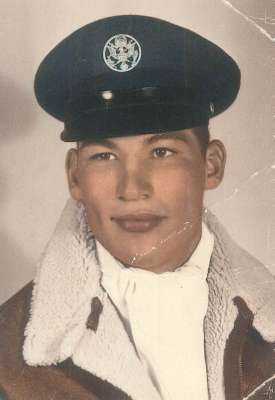 Passed away peacefully, with family by his side, on Saturday evening, January 21, 2017. Rey was born on January 31, 1932 and raised in Cottonwood, Arizona; he was one of 12 siblings.In 1951, Rey graduated from Cottonwood High School where he lettered in basketball and football. He was offered four college football scholarships, but instead joined the Air Force upon high school graduation. After an honorable military discharge, he married his high school sweetheart, Evangeline “Vangie” Aspeitia, in 1954 and they soon moved to Phoenix. The first home they bought in 1956 was their only home – many of their family memories are there. Rey was a dedicated family man, diligent worker, who, while he was his own boss, never missed a day of work. He opened Arizona Pastry Shop on 32nd Street and McDowell in the late 50s. And while the hours were long, several customers counted on the shop for their delicious home-style baked pastries, pies, cakes and breads. The bakery was sold in 1981, but Rey wasn’t ready to retire. A new business was established in the same year by Rey; he co-opened Bajito Custom Upholstery on North 32nd Street. Bajito was sold in December, 2015 and Rey retired. While, the retirement portion of his life seems short — it really wasn’t. Rey’s work and coming home to his family was his vacation, for 60 years he volunteered for St. Vincent de Paul, as he believed in helping those in need. He devoted time to St. Mark Catholic Church and was one of the men who helped rebuild/move the church from the south side of Van Buren and 28th Streets to its current location on North 30th Street. Rey is survived by his loving wife of 62 years, Vangie Torrez, children Michael Ray Torrez, Eddie Rey Torrez (preceded in death 2003), Kathleen Rae Miller and son-in-law Todd Miller, and Robert Louis Torrez. In addition, seven sisters, 10 grandchildren and several great-grandchildren. On Monday, January 30, 2017 at 11:30 a.m., a Funeral Mass will be celebrated at St. Mark Catholic Church, 400 North 30th Street, Phoenix. Interment will follow at St. Francis Catholic Cemetery, 2033 N. 48th Street, Phoenix. Arrangements entrusted to Whitney & Murphy Funeral Home.

Offer Hugs From Home Condolence for the family of TORREZ, REYNALDO “REY”