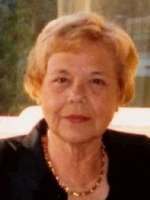 Barbara Hermione Toward passed away Wednesday, December 22, 2010. She was 86. Mrs. Toward was a British citizen born July 27, 1924 in India. She traveled extensively throughout Europe as an assistant to the Dutch Ambassador. She worked as an executive assistant for General Electric in Toronto, Canada. It was there she met and married James Toward. The couple moved to Phoenix, where she raised her two children, James Randal and Christopher David in Paradise Valley. Mrs. Toward worked for the Center for Women and the Law, helping battered women. She loved playing tennis and painting. She is survived by her husband, James, and sons James and Christopher. Services will be private.

Offer Hugs From Home Condolence for the family of TOWARD, BARBARA HERMOINE