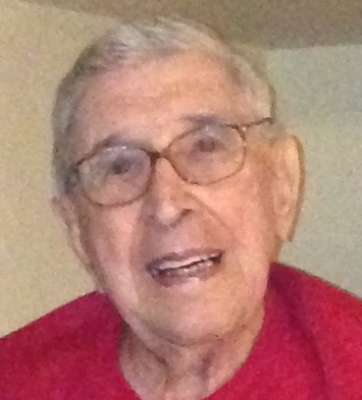 Robert J. Traut, 89, passed gently in his sleep Friday, June 13, 2014 in the presence of his wife and children in Paradise Valley, AZ.  He is survived by his loving family: beloved and devoted wife of 62 years, Ann Petkac Traut, his son Bob Traut (Susan Avery) and daughter Lee Bethancourt (Dr. Bruce Bethancourt).  He also leaves behind his sister-in-law Margaret Petkac Balazs and grandchildren Jennifer Addison (Steve Addison), Danielle Edwards (George Edwards), Captain Robbie Bethancourt, USAF (Kirsti Lyon) and his great-grandchildren Wyatt and Anna Addison, Jack Bethancourt and many nieces and nephews in Cleveland, Ohio. Robert (aka Van) was a retired City of Cleveland Municipal Light and Power electrical lineman.  He served his country in the U.S. Navy in WWII and in the U.S. Air Force in the Korean War.  He was recognized with a gold medal for bravery by the City of Cleveland when he rescued a drowning man from icy Lake Erie while working near Edgewater Park.  He was a special man that will be missed.  In lieu of flowers, contributions can be made to Banner Alzheimer’s Institute, 901 E. Willetta St., Phoenix, AZ  85006, or Hospice of the Valley, 1510 E. Flower St., Phoenix, AZ  85014.

Offer Hugs From Home Condolence for the family of TRAUT, ROBERT J.