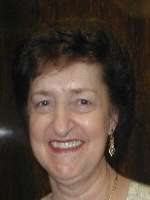 Protinica Todora Trbovic fell asleep in The Lord on May 24, 2013 at the age of 74.  Beloved wife of Proto Janko Trbovic for 47 years.  Loving mother of son Dragan (Dan) and daughter-in-law Sofia.  Adoring grandmother of Stevan and Gabriela.  Protinica and Proto met as children in Miranje in the former Yugoslavia and married in 1965. In 1966 Protinica gave birth to her only child, Dragan (Dan) in Zadar. In 1969 the family immigrated to the United States and settled in Chicago. In 1982, the family moved to Phoenix where Proto and Protinica became the spiritual leaders of the St. Sava Serbian Orthodox Church for over 30 years. Funeral services will be held at St. Sava Serbian Orthodox Church (4436 E. McKinley St., Phoenix, AZ 85008) on Thursday, May 30 with viewing beginning at 5pm and funeral service at 6pm. Burial service will take place at The Holy Monastery of St. Paisius (10250 S. Sky Blue Rd., Safford, AZ 85546) at 11am Friday, May 31.

Offer Hugs From Home Condolence for the family of TRBOVIC, PROTINICA TODORA