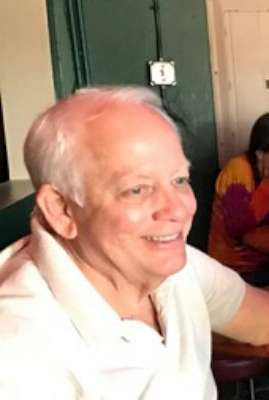 “Max Thomas Treinen, age 70, passed away unexpectedly but peacefully in his sleep the night of April 4th, 2017, in his Prescott Valley, Arizona residence.  He was born September 17, 1946 in Le Mars, IA, son of Edmund Treinen and Grace Kuyper Treinen.

Max volunteered for Vietnam in the late sixties, where he served the Army as an air traffic control radio technician. After his service, Max moved to Phoenix where he continued to work as a technician and met his wife, Barbara Hughes. Max eventually went back to school to earn his Bachelor’s Degree from Grand Canyon University and Master’s Degree in Counseling from Arizona State University. Max moved to Seattle in 2007 and then to Prescott Valley in 2008 to be near his son.

Max was preceded in death by his wife on his 50th birthday in September, 1996. He is survived by his son, Matthew, adopted son, Brian, siblings Bob and Margie, and his niece and nephew Kelly and Kris. Max had a lifelong love of reading, hunting, fishing, his country and his faith, and an absolute passion for ham radio, call sign KB7XU. He deeply enjoyed conversation with others and was driven to help people in need of a friendly ear or some honest advice. He was loved and will be missed by his family and his many friends.

Offer Hugs From Home Condolence for the family of TREINEN, MAX THOMAS