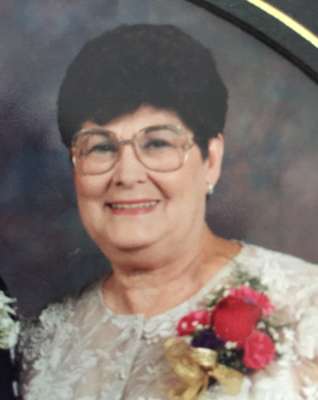 81, of Phoenix, AZ passed away on February 25, 2016 surrounded by her family after a valiant battle with pulmonary disease. She will always be remembered for her bright smile, warm heart and positive outlook on life. Everyone was a friend and she touched so many lives and hearts.  Mary was born in Phoenix, AZ on October 8, 1934. After being a homemaker while her children were in school she worked for Sperry Rand where she became an instructor for making electrical components for 747 aircraft. Mary was a loving wife, mother and grandmother. She is survived by Joe, her husband and best friend for over 65 years. Mary had 4 children, Joey (Gloria), Cathy Velasquez (Louie), Ron and Gary (Melissa). She also had 9 grandchildren and 15 great grandchildren.  She was preceded in death by her son Joey, grandson Joseph and granddaughter Lisa Marie Ramirez. All services will be held Friday, March 4, 2016, at St. Francis Xavier Church at 4715 North Central Avenue in Phoenix, viewing at 8:30am, rosary at 9:30am, followed by a Mass at 10:00am. Interment will follow at St. Francis Catholic Cemetery at 2033 N. 48th Street in Phoenix.

Offer Hugs From Home Condolence for the family of TRUJILLO, MARY LUCY (CHINA)