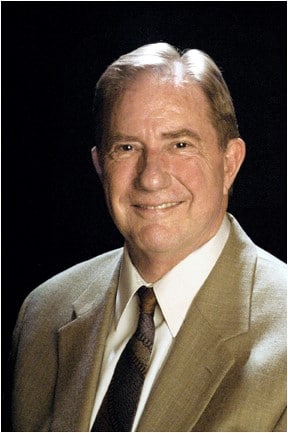 Mike was born in Mitchell, SD on August 31, 1940 and grew up on family farms in Minnesota and Iowa. He graduated from Loras College in Dubuque, Iowa in 1962, where he was a student leader and also served as the National President of the National Federation of Catholic College Students. At NFCCS, Mike worked to organize support on catholic campuses for the southern student movement and civil rights activists. Loras was where Mike developed his lifelong dedication to leading and working to promote social justice causes and awareness, and he would later serve for many years on Loras’ Board of Regents. Mike received his law degree from Georgetown University in 1966, served as a law clerk to US District Judge John J. Sirica, worked as an associate at a law firm for several years, and then joined the founding faculty at the Antioch School of Law in Washington, D.C.

In 1973, Mike and his family moved to Phoenix where he established his expertise in plaintiffs’ medical malpractice and personal injury law. He was one of the first Arizona lawyers certified as a specialist in personal injury and wrongful death litigation and was very active in various professional, political and social justice-oriented activities and organizations. He served for a decade on the Board of Directors of the Arizona Center for Law in the Public Interest where he was also the board president for two years. Mike also served for several years as a member of the Board of Directors of the Greater Phoenix Youth at Risk Foundation, and before that he served for ten years on the Board of Directors at CODAMA (Community Organization for Drug Abuse, Mental Health and Alcoholism Services, Inc.) where he was President of the Board and was twice presented with CODAMA’s most prestigious community service award.

In 1998, Mike became a leader in the campaign finance reform movement in Arizona, was instrumental in the creation of the Citizens’ Clean Elections Act, and was one of the founders and the first President of the Clean Elections Institute, a non-profit organization created to implement the Clean Elections Act. Mike was also a principal organizer and was the President emeritus of the Arizona Advocacy Network, a broad-based coalition working to coordinate advocacy efforts in all domains of democracy and social justice within the state of Arizona. Together with his wife Janet, they founded the Arizona Social Change
Fund to support non-profit organizations focused on generating systemic change. For 13 years, fundraising gatherings were held at their home on Fifth Sundays, the last Sunday of those months of the year with five Sundays, to educate the community about a selected organization and generate funding to support their work.

Mike enjoyed travelling with Janet, but more than any travel destination, Mike loved spending time at Possibility, the home and desert garden he and Janet developed and tended over three decades, which served as a perfect setting for political fundraisers, religious retreats, and family celebrations.

There will be two services for Mike, with one at each of the churches he attended. On Friday, August 20, 2021, at 5:00 PM, there will be a service at Faith Lutheran Church, 801 E. Camelback Road in Phoenix. On Saturday, August 21, 2021, at 10:00 AM, there will be a funeral Mass at St. Francis Xavier Catholic Church, 4715 N. Central Avenue in Phoenix. His ashes will be interred at a later date.
In lieu of flowers, please consider a donation in Mike’s honor to either Arizona Center for Law in the Public Interest or Lutheran Social Services of the Southwest. Condolences may be expressed at www.whitneymurphyfuneralhome.com

Offer Hugs From Home Condolence for the family of VALDER, MICHAEL JOHN