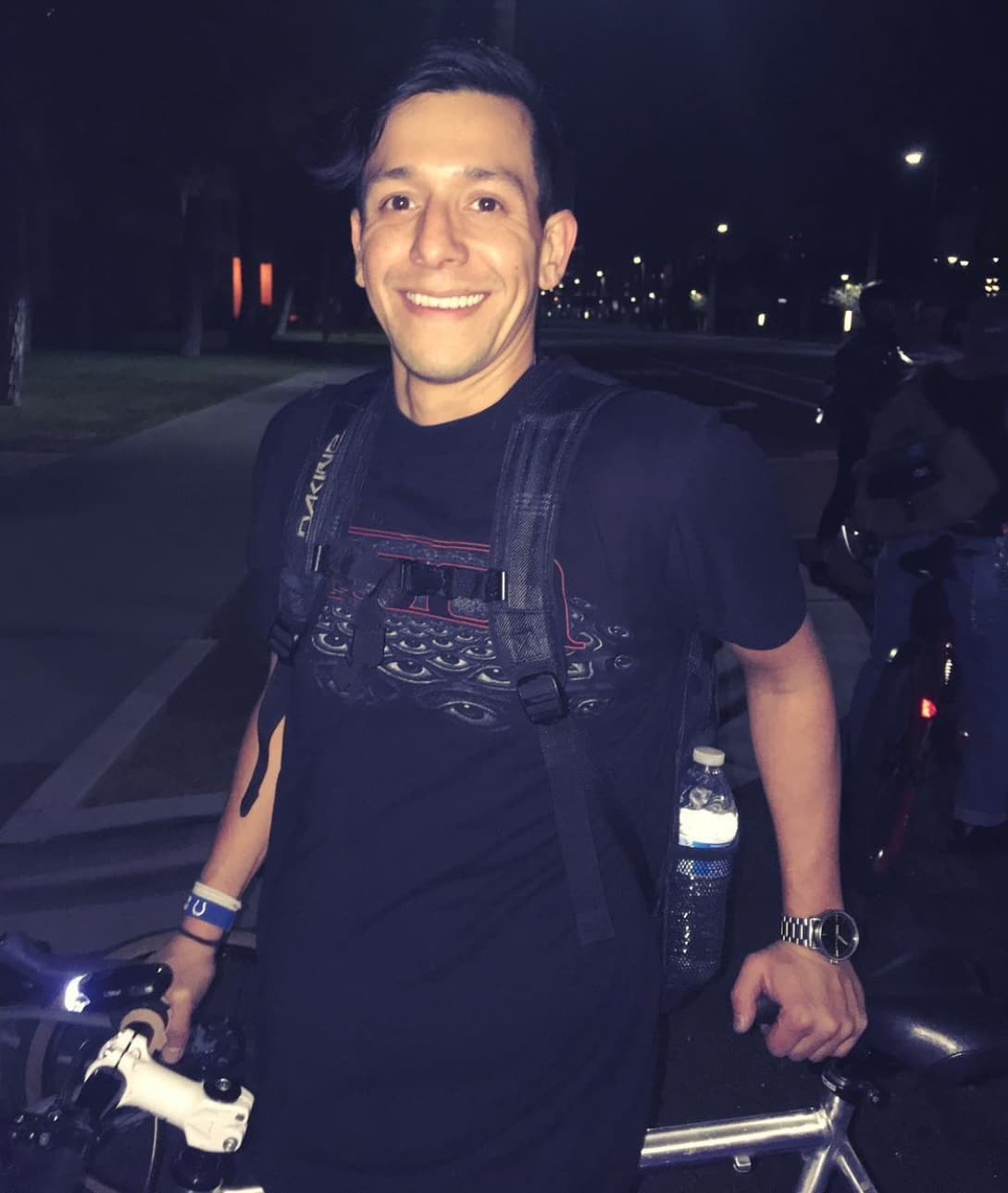 Steven graced the earth on March 31, 1984 in Phoenix, Arizona to Steven Sr. and Florentina. Steven will be remembered as a funny, sweet and free-spirited boy, who was one of the few to carry out his passions as he transitioned into adulthood.

To many, Steven was known as a music enthusiast for his knowledge in musical culture and wide range of genres. However, his most favorite music of all time derived from the band TOOL. He also learned to play the bass, drums, and other instruments, as well as having been a part of a band(s), just as he’d always dreamt of.

Some of his greatest joys involved bicycling and group rides with his favorite bike crew, attending concerts and sporting events, traveling, experiencing nature, trying new things, spending time with his nieces and nephews and making people laugh just to highlight a few.

Though he lived an unconventional lifestyle, no matter where life brought him, he chose to live and not just exist. For his passions gave him a sense of purpose, whether it be having the ultimate jam session, beating another record on one of his bicycle rides, helping out his loved ones, providing love and laughter for so many, or even being the rock we never knew we needed. Steven simply did what he loved to do and that is his legacy.

His spirit is carried on by his mother, Florentina Golna; his father, Steven Valdez Sr. (Becky); his five sisters, Evangeline Gonzalez (Baltazar), Darlene Valdez-Lopez (Julio), Veronica Gutierrez (Manuel), Christine Valdez, and Ashley Golna; his 16 nieces and nephews and 10 great nieces and nephews; and his other relatives and friends.

Memorial service will be held on Friday, January 21, 2022, at 2:30 p.m. at Whitney & Murphy Funeral Home, 4800 E. Indian School Road, Phoenix. There will be a Celebration of Life held in his honor at his father’s home.

In lieu of flowers, donations made to the Barrow Neurological Foundation and Crossroads, Inc. would be appreciated.

Offer Hugs From Home Condolence for the family of VALDEZ JR., STEVEN