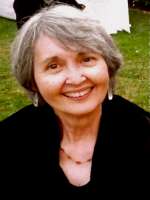 Betty A. Valdivia, beloved mother, daughter, sister, former wife, aunt, artist, dancer, teacher and friend has passed away at age 64 on April 18, 2012 in Phoenix, Arizona. Betty was born in Phoenix, Arizona on April 26, 1947 to Louis Valdivia and Alice Ferra Valdivia. She is survived by her mother Alice Valdivia, brother Louis Valdivia, sister Sharon Guajardo, son Gabriel Joseph Louis Valdivia-Fortuna, daughter Maria Elena Alicia Valdivia-Fortuna, nieces Alyssa Guajardo, Zoe Brown, Colette and Maia Rene, and many dear friends. Betty spoke only Spanish until she was in kindergarten. Betty was a top student at Saint Mary’s Catholic High School and at Arizona State University. She attended Sonoma State University in California as well, receiving a Masters in art and earning her teaching credential. She taught preschool for many years at the West Santa Rosa Multicultural Center. Betty married Joe Fortuna in 1982 and although they separated in 2002, they remained lifelong friends and caring parents to their two children Gabriel Louis (Gabe), born in 1982 and Maria Elena (Elena) born in 1989. They resided in Northern California. Betty was devoted to her children, Gabe and Elena, whom she home schooled during their elementary years. Betty was very active in the home schooling movement, first in support of her own children’s education and later as a traveling tutor for high school students. Betty helped many students graduate high school, many of which, without her guidance would have dropped out. Betty always approached teaching with enthusiasm and patience. She always had kind words for everyone and a delightful sense of humor. Betty was a Jin Shin Jyutsu practitioner. She helped many people; one young woman would not be walking today without Betty’s unrelenting faith and constant Jin Shin treatments. Her kind and gentle energy has guided, healed and touched many lives throughout the world. Betty traveled throughout her life. She took many trips with friends and family to Mexico, Guatemala, Hawaii, Jamaica, Italy, France and the rain forests of Nicaragua to name only a few. Betty’s son, Gabe, recently married Nicole McMasters and are expecting their first child September 13, 2012. Betty’s daughter, Elena, graduated from UC Santa Cruz in 2011. Elena dedicated herself to caring for Betty, especially over the last year as her primary caregiver. In October 2011 Betty and Elena moved to Phoenix, where they have been living for the past 6 months. Betty’s bravery, kindness, strength, and love awed and touched everyone that she came into contact with. She has inspired so many lives and shed light into so many homes. Betty living each moment of her beautiful life with grace and dignity. Her presence and beauty is still felt and held close by her family and friends. Beautiful and radiant Betty Alice Valdivia will be missed every moment and remembered beyond the end of time. A Memorial Service to celebrate Betty’s life will be held in California at a later date. If you would like to contact family members an email can be sent to: elfortuna3@yahoo.com.
Donations in lieu of flowers are appreciated in Betty’s honor to
The Center for the Creative Arts Therapies.
http://www.creativeartstherapies.org/faq.html, or Ceres Community Project, http://ceresproject.org

Offer Hugs From Home Condolence for the family of VALDIVIA, BETTY A