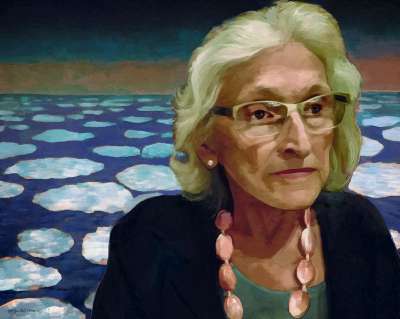 Our mother, Jimmie Lee Hall Valentine, née Landrum of Phoenix, died, Sunday, January 4, 2015. She was born on April 7, 1924. In the time between, she was a painter, a musician, an athlete, a pilot, and public office holder. She hauled us through most of the major museums in the world – and plenty of small ones. Jimmie earned her BFA from the University of Texas, Austin, and her MFA from the University of California, Berkeley, in the 1940’s when it was neither a popular nor a common thing for a woman to do. She lived on four continents, and visited the rest while raising three daughters. Mom and Dad had adventurous spirits, frequently setting aside comfort and convenience for enriching experiences. Our mother was a licensed pilot, our father’s copilot and navigator, and also his crew chief when he raced Formula One aircraft. She was a formidable opponent in tennis through her eighties, a good friend to many, and a hard act to follow. She survived our father, Jack Hall, and her second husband, Bob Valentine. Jimmie is survived by Lee Kathleen Hall, Karen Hall, Carolyn Hall Young (Warren), her grandchildren and 1 great granddaughter as well as Bob’s children. A Funeral Service is scheduled at 1:00 pm, Sunday, January 11, 2015 at Whitney & Murphy Funeral Home, 4800 E. Indian School Road, Phoenix. Burial will follow at Paradise Memorial Gardens in Scottsdale.

Offer Hugs From Home Condolence for the family of VALENTINE, JIMMIE LEE