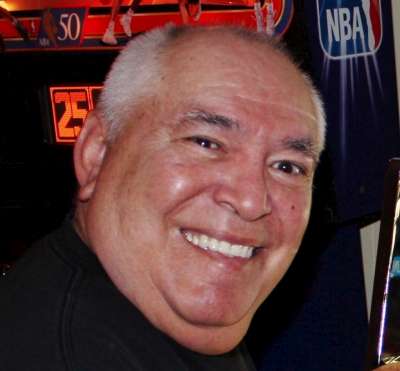 68, of Tempe “La Victoria”, Arizona, went to be with the Lord peacefully on July 9, 2015 surrounded by his family. During his very long battle with PSP, he was faithful and obedient to his Lord and Savior. Eddie was born in Hollywood, California on December 27, 1946. He graduated from Tempe McClintock High School, served in the US Navy. He was stationed on the aircraft carrier USS Hancock during the Vietnam era. He retired from Carolina’s Mexican Food restaurant after 32 years. He was preceded in death by his parents Manuel and Carolina Valenzuela. He is survived by his brother Joe, sister-in-law Phyllis, and many, many nieces and nephews. He loved attending Sovereign Grace Bible Church with his brothers and sisters in Christ. Eddie enjoyed bingo games and attending Arizona Cardinal games with his brother. Visitation will be held from 10:00 – 10:45 AM, Memorial Service 10:45 AM – 12:00 PM with Funeral Service at 12:00 PM, Friday, July 17, 2015 at Whitney & Murphy Funeral Home, 4800 E. Indian School Road, Phoenix. Interment will follow at St. Francis Catholic Cemetery, 2033 N. 48th Street. In lieu of flowers, memorials may be made in the name of Edward A. Valenzuela to Sovereign Grace Bible Church, 2940 W. Bethany Home Road, Phoenix, AZ 85017.

Offer Hugs From Home Condolence for the family of VALENZUELA, EDWARD “EDDIE” ABRIL