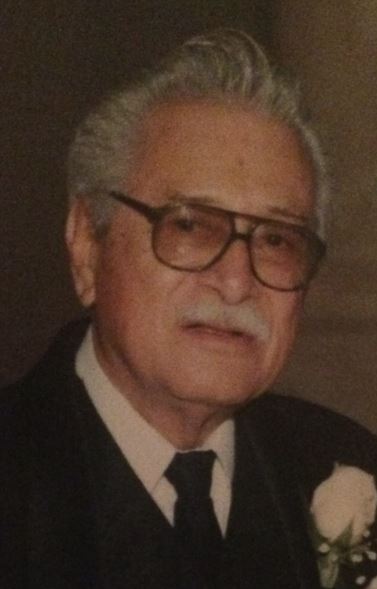 89, of Phoenix, born January 28, 1926, passed away November 22, 2015. He attended Phoenix Union High School. During World War II, George enlisted in the United States Navy in 1943 with an Honorable Discharge in 1946. He married Armida (Pola) Quesada on December 28, 1947 and they were married for over 61 years. George retired from the US Post Office in 1985 after 35 years of service in the Phoenix area. He was in the first class of Deacons for the Catholic Diocese of Phoenix in 1974 and was a mentor to other Deacons and provided spiritual guidance to inmates in jail, patients in hospitals and Latinos in underserved communities. A devoted family man, George was preceded in death by his wife Armida and is survived by his 8 children, George, David, Miguel, Suzanne, Loraine, Paul, Joseph and Felicia, 19 grandchildren and 15 great-grandchildren. Visitation will be held on Thursday, December 3, 2015 from 5:00-8:00 P.M., with Rosary services at 7:00 P.M., at Whitney & Murphy Funeral Home, 4800 E. Indian School Rd., Phoenix. Funeral Mass will be celebrated by Bishop Thomas Olmsted on Friday, December 4, 2015 at 10:00 A.M., at St. Jerome Catholic Church, 10815 North 35th Avenue, Phoenix. Procession to St. Francis Cemetery, 2033 North 48th St. will follow. Donations can be made to Hospice of the Valley.

Offer Hugs From Home Condolence for the family of VALVERDE, WALTER GEORGE