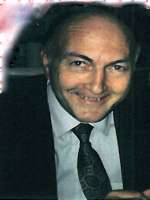 Melvin Van Dyke of Phoenix, AZ, died on March 17, 2012. Mel was born southwest of Cornlea, NE on September 17, 1938. He graduated from Humphrey St. Francis High School in 1956; Norfolk Junior College in 1958; and the College of St Joseph Albuquerque, NM, in 1961, where he also earned his Masters Degree. He is survived by his wife Judy, son Bill and his wife Nancy of Carlsbad, CA, daughter Maliz Van Dyke of Phoenix and four grandchildren: Brad, Danny, Jeff and Elizabeth. Also surviving are three sisters: Elaine Eisenmenger of Humphrey, NE, Marlyn and her husband Gene Hunke of Dodge, NE, Alma and her husband Daniel Grubaugh of Redwood Valley, CA, and three brothers: Ivan and his wife Mary Van Dyke of Norfolk, NE, Larry and his wife Carolyn Van Dyke of Lincoln, NE, Glen and his wife Amy Van Dyke of Norfolk, NE. He was preceded in death by two sisters: Joan & Darlene and his parents Cap and Stella Van Dyke. Mel and Judy have lived in the Phoenix area since 1979. Mel established Bundy, Seligman and Thomas during this year. He has worked in Insurance since 1964 and also started and was still active with Mel Van Dyke and Associates until his death. He was active in the St Francis Choir. Mel loved Family and Friends and was the happiest when surrounded by them. He will be missed by many and we now cherish the time we had with him. A Rosary will be held at Brophy Chapel at 6:00 PM on Friday, March 30th. Funeral Mass will be at St. Francis Xavier Catholic Church, 4715 N Central Ave., Phoenix, AZ, 85012, Saturday, March 31st at 1pm. Memorials are directed to: Hospice of the Valley 1510 E Flower Street Bldg. 2, Phoenix, AZ 85014.
Interment is planned for April 14th at St. Francis Catholic Church in Humphrey, Nebraska. Funeral arrangements entrusted to Whitney & Murphy Funeral Home.

Offer Hugs From Home Condolence for the family of VAN DYKE, MELVIN