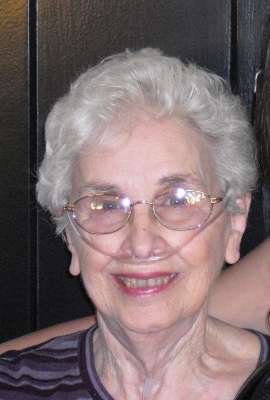 Mary Marguerite “Margo” Vassar, age 80, passed away peacefully on February 10, 2015.  Margo was born in Nashua, NH on December 3, 1934.  Her parents were, mother; Beatrice McSorley and stepfather; Royal McSorley.   She married Lawrence E. Vassar on September 5, 1954.  They moved to Phoenix, AZ in 1963 and she knew this would be her forever home. She had an adventuresome and independent spirit.  She was an incredibly strong, caring, giving, thoughtful and wise woman.  Her quick wit and infectious laugh will be greatly missed. She is survived by her daughter; Patricia “Patti” Vassar and her nieces; Betti Young and Jane Acquino.  She was preceded in death by her husband; Lawrence E. Vassar, her sister; Theresa Acquino, stepfather; Royal McSorley and mother; Beatrice McSorley.  A Memorial Service and celebration of Margo’s life will be held on Monday, February 16, 2015 at 4:30 PM at Whitney & Murphy Funeral Home, 4800 E. Indian School Road, Phoenix, AZ 85018.  A Graveside Service will be at 10:00 AM, Tuesday, February 17, 2015 at St. Francis Catholic Cemetery, 2033 N. 48th Street, Phoenix.  In lieu of flowers please make donations to the American Lung Association.

Offer Hugs From Home Condolence for the family of VASSAR, MARGUERITE “MARGO”