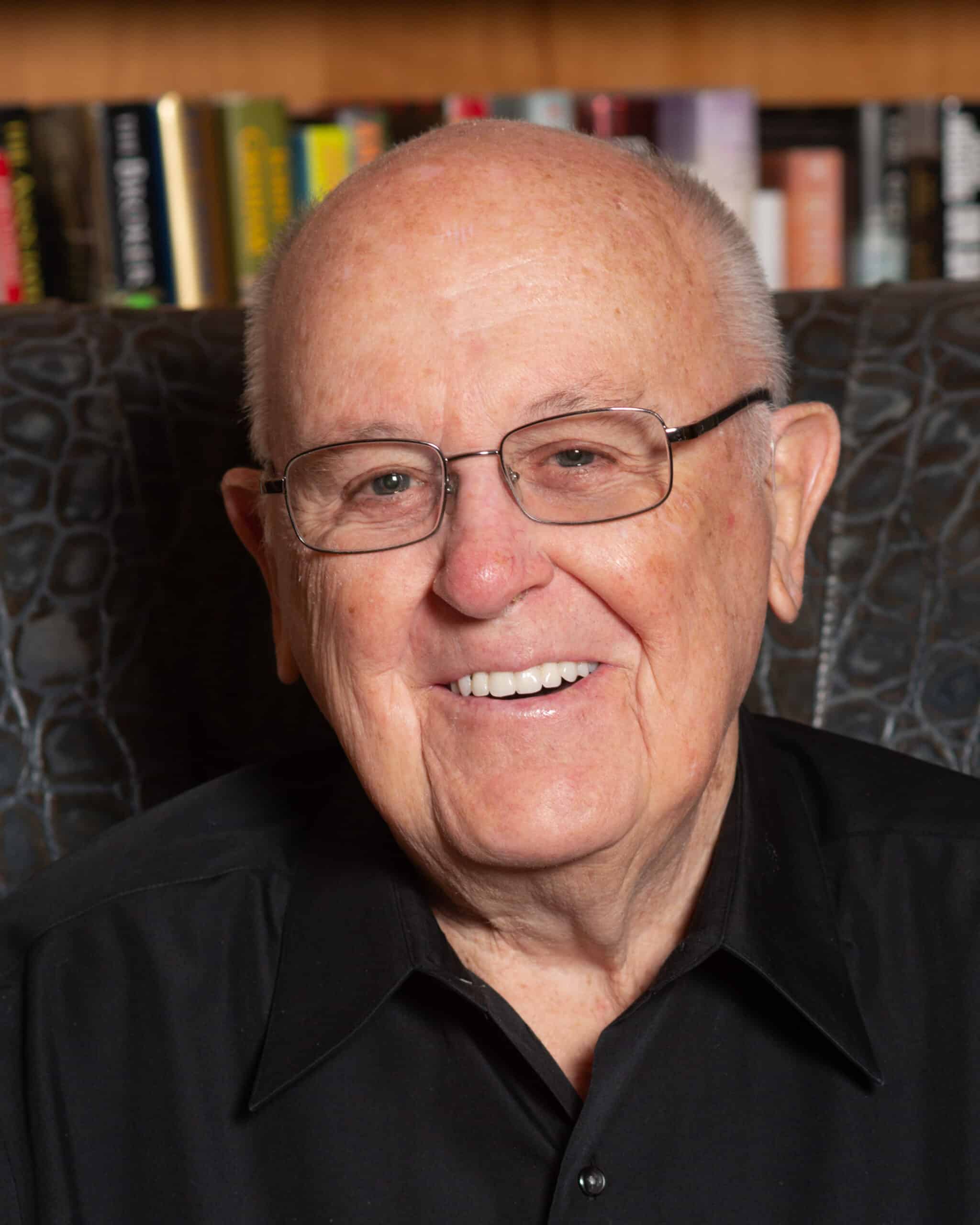 Dr. Cecil Cyrus “Cy” Vaughn Jr. passed peacefully into the gentle hands of God on Saturday evening, October 22, 2022, surrounded by his loving family. Born in Longview, Texas, on May 1, 1934, to Cecil Cyrus Vaughn Sr., an oil field worker, and Vergie Lucille Ballard Vaughn, Cy grew up in Lake Charles, a town in southwestern Louisiana. In high school there, he met and fell deeply in love with Barbara Ann Thompson. Cy and Barbara married in 1953.

Cy attended Louisiana State University School of Medicine in New Orleans, graduating in 1958 at the top of his class. He then completed his general surgery training with the United States Public Health Service. After, in 1962, he and Barbara moved their young family to Phoenix, where he practiced general surgery for five years. Drawn to the cutting-edge field of cardiothoracic surgery, Cy completed a residency in cardiac and thoracic surgery at the University of Utah from 1967 to 1969. The family then returned to Phoenix, where Cy established his medical practice, which was the first of its kind in the Valley. With a passion for patient care and a drive for excellence, Cy’s career was rich with accomplishments and many firsts in his field, including the first double coronary artery bypass, the first implantation of a ventricular assist device, and the first lung volume reduction surgery in the state.

In 1985, in a desperate attempt to save a young man’s life, Cy was the first cardiac surgeon in the world to implant an artificial heart as a “bridge” for heart transplant rejection. At the time, this was just the fourth artificial heart implantation in the world, and it was the first in Arizona. The implantation prompted the Food and Drug Administration to create a historic “compassionate exemption” clause for doctors who, in good standing, use unapproved techniques when death is the only alternative. Cy’s life’s work touched and healed the hearts and lives of thousands of patients, even long after he retired in 2000. It also inspired some of his children and grandchildren to pursue careers in health care.

Cy’s passion extended far beyond his career. He was a lover of books, music, theater, one infamous opera ghost, Arizona State University and LSU football, and, of course, his family. He and Barbara traveled often to Europe and even farther-flung locales, exploring the museums, opera houses, theaters and restaurants that would later inform his writing. He was a novelist, a country music songwriter, a trumpet player, a connoisseur of Southern cooking and a mediocre (at best) golfer. He reveled in the accomplishments of his family — academically, athletically, musically and in their eventual careers. Frequently in the stands or in the audience, Cy was proud to be the patriarch of a big, bold, multifaceted family. He was a father, grandfather, great-grandfather, and friend.

Cy was predeceased by his first wife of 56 years, Barbara. He is survived by Kaye Witte Vaughn, his wife since 2011, as well as his children: Vicki Roden and her husband, Michael, of Prescott; Dr. Cecil C. Vaughn III and his wife, Patty, of Phoenix; Dr. Katy Fielder and her husband, John, of Phoenix; Michael Vaughn and his wife, Debbie, of Rancho Santa Margarita, California and Tulsa, Oklahoma; and Dr. Paul Vaughn and his wife, Miriam, of Gilbert. He is also survived by 10 grandchildren and 13 great-grandchildren — all of whom were proud to call him “Opa.”

Friends and family are invited to share in a celebration of Cy’s incomparable life at 2 p.m. on Sunday, December 11, 2022, at First United Methodist Church, 5510 N. Central Ave., Phoenix. In lieu of flowers, the family suggests donations be made in Cy’s honor to Hospice of the Valley.