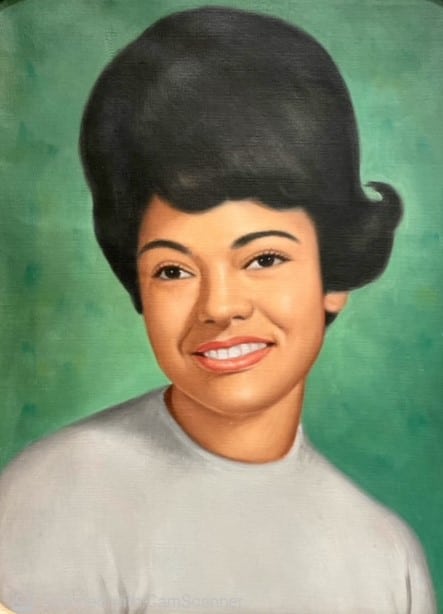 The world became a little less bright when Linda “Diane” Vaughn passed away on February 6, 2022. Diane was born to Charles and Jeannette Reed on August 8, 1949, in Phoenix, Arizona. While she was petite in stature, Diane had a giant personality. She was the life of the party, vibrant and vivacious, with a bright smile and a contagious laugh. She immediately became friends with anyone she met, from infants to the elderly. If she saw an exhausted parent and a fussing child in the store, she would ask the stranger to hold the baby and for some reason they would hand the baby over to Diane. Magically, within seconds, the baby would be calm and cooing. So many friends and family called her “Sweet Mamma” and a lucky few, who she spoiled shamelessly, called her “Sweet Granny”. We hope that she is singing and dancing to Elvis, Chubby Checker, and the Beatles with her departed husband, George “Wayne” Vaughn, and her sister Jimi Lou Fitzgibbon. She will be fiercely missed by her family and friends including her daughters, Nicole O’Neill (Kevin) and Jeannette Vaughn-Dotterer (Bob), her brothers John Reed (Carla) and Joe Reed (Yvette), her devoted sister Donna Reed, her grandchildren Renn Dotterer, Tatum Meyer (Jacob), Tom Dotterer (Alex), Jeffery Turman (Carissa), Andrew Turman (Alex), Stephanie Sgro (Josh), and her seven great grandchildren. Services will be held at the Whitney & Murphy Funeral Home, 4800 E. Indian School Road, Phoenix, on Friday, February 18, 2022, at 2 pm.

Offer Hugs From Home Condolence for the family of VAUGHN, LINDA “DIANE”