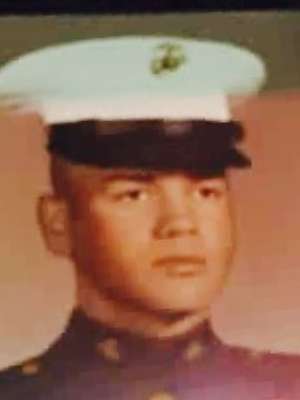 Larry Joe Verdugo, 66, passed away peacefully at his home May 27, 2017 surrounded by his loved ones. Larry was born in Phoenix, August 6, 1950 to Robert and Hortencia Verdugo. He was preceded in death by his parents. Larry enlisted in the Marines in 1969 and served two tours in Vietnam. After returning home he joined the Arizona Highway Patrol and retired after 17 years of service. Larry married his high school sweetheart Connie Acedo in 1969. He was blessed to have 11 children, Larry Joe (Jennifer), Anna, Lado (Christina), Robert (Marie), Frank, Bruno, Andrea (Ruben), Joseph (Natalie), Annette, John (Stephanie) and Richard (Angelica). He is also survived by sister Linda Ramirez (Carlos), brothers Robert (Mary Lou), Bobby, Arnold, Jaimie and Rudy (Mary) Verdugo, 30 grandchildren and 5 great-grandchildren. He was an avid outdoorsman and enjoyed hunting with his brothers and sons. A Visitation will be held at 9:30 A.M. with a Rosary at 10:00 A.M. followed by a Funeral Mass at 10:30 A.M. on Thursday, June 1, 2017 at St. Agnes Catholic Church, 1954 N. 24th Street, Phoenix. Interment to follow at East Resthaven Park Cemetery, 4310 E. Southern Avenue, Phoenix. He was our protector on earth and now in Heaven, and will forever be in our hearts. Arrangements entrusted to Whitney & Murphy Funeral Home.

Offer Hugs From Home Condolence for the family of VERDUGO, LARRY JOE