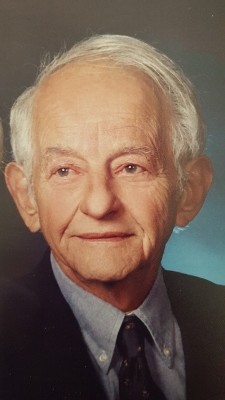 89, of Phoenix, AZ died February 5, 2016. Chris was born April 15th 1926 in Chicago to George and Georgia Veremis. He graduated from Calumet High School in 1944, served in the U.S. Army from 1944-45, and studied at the University of Illinois from 1945-48. Married for 63 blessed years, Chris met his wife Dorothy on her birthday at a Church event in St. Louis on December 9, 1951 and they were married in May of 1953. Settling in Chicago for the first 7 years of their marriage together they had two children. The family moved West in 1960. Chris worked for Capitol Records in various cities in sales and promotions and had the privilege of managing some of the big record labels of the day, the Beetles and Beach Boys. Brian Wilson of the Beach Boys once said about Chris that “being able to sell surf music in the middle of the desert makes you the world’s greatest salesman.” His passions included discovering America’s backroads on long road trips with his wife and sisters where he devoted his time to discovering local culture. He was also an avid golfer, historian, reader, and loved a good debate with whomever would engage. Chris credited his longevity to his family stating that “I’m a lucky man because I have a terrific family and extended family.” He is survived by his wife, Dorothy of Phoenix, AZ; a son George of Hanalei, HI and a daughter Patricia (Spyro) Condos of Lake Geneva, WI; sisters Bess (Dean) Katsaros and Nora (Jim) Retsinas of Tucson, AZ, sisters-in-law Jean Veremis, Mary (Al) Vangelos, Barbara Panos; 5 grandchildren (Reina (Tom) Allen, Elena (Mark) Stignani, Demetra, Alexa, Georgette); 7 great-grandchildren; 9 nephews; 5 nieces; and many great-nieces, great-nephews, neighbors and friends. He was preceded in death by his parents, a brother, Nick Veremis, and a brother-in-law, Bill Panos. Visitation will be Thursday, February 11 at 10:00 a.m. followed by a Funeral Service at 11:00 a.m. at Holy Trinity Greek Orthodox Cathedral, 1973 E Maryland Ave, Phoenix, AZ 85016. A WWII army veteran, Chris will be buried with military honors at 1:30 p.m. at the National Memorial Cemetery of Arizona, 23029 North Cave Creek Road Phoenix, AZ 85024, following the Funeral Service. Donations may be sent in his name to Holy Trinity Greek Orthodox Cathedral. Arrangements entrusted to Whitney & Murphy Funeral Home.

Offer Hugs From Home Condolence for the family of VEREMIS, CHRIS GEORGE