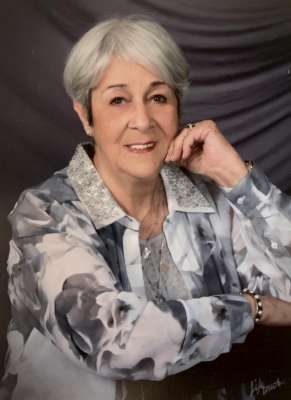 Dorothy Veremis, age 89, of Phoenix, AZ., danced her way to Heaven on Sunday, February 24th, 2019, with chocolate in one hand and her TV remote in the other. From her birth until her death, she nourished people around her with her love, her wonderful laugh, and cheerful demeanor. She was born in St. Louis, MO on December 9th, 1929 to Samuel (d) and Paraskevi Panos (d), who both immigrated from Megara, Greece. Dorothy had an older brother, Bill Panos,(d), whom she adored, and a younger sister, Mary Vangelos, who was also her best friend. She was a loving wife, mother, sister, Yia Yia, Great Yia Yia, Aunt, and friend to many. Dorothy was raised in St. Louis and was very involved in the Greek community as well as the Greek Church.  She attended Soldan High School from 1944-1948, where she was voted Best Dancer. She also loved to travel and enjoyed it most when she was with her family, especially traveling to Greece or on one of her many road trips around the United States. She was a creative seamstress, knitter, and a perfectionist when it came to cutting the perfect baklava pieces.

She met her husband, Chris Veremis (d) in St. Louis and was married for 63 years until his passing three years ago. They were blessed to have two children, George Veremis and Patti (Spyro) Condos, who were raised in Southern California where Dorothy had a successful career with Billboard Magazine. After several years of enjoying the SoCal life, they decided to return to Phoenix where she resided until her passing. She worked for the Arizona Living Magazine before retiring so she could travel and most importantly enjoy her family. She absolutely adored her 6 grandchildren: Elena (Mark) Stignani, Demetra Condos (Steve Mohr), Alexa Condos, Georgette Condos, Reina (Tom) Allen, Patrick Reineck, and her 9 great grandchildren.

In lieu of flowers, should you wish to make a donation, Dorothy would be pleased to have you donate to: Holy Trinity Greek Orthodox Cathedral, 1973 E. Maryland Avenue, Phoenix, AZ 85016.

Offer Hugs From Home Condolence for the family of VEREMIS, DOROTHY