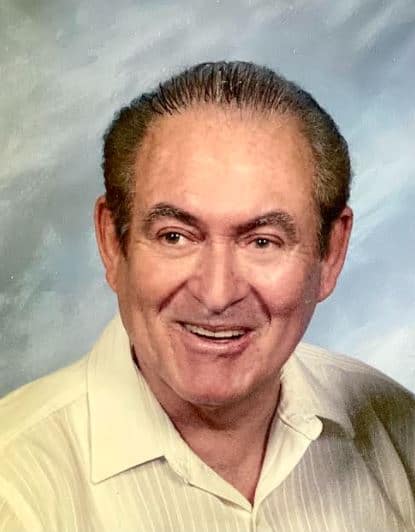 Manuel Y. Vila passed away peacefully at home on October 6, 2021 in his hometown of Phoenix, Arizona, at the age of 84. His battle with serious medical issues in recent years showed his courage in facing life challenges, with a vivacious grin. Despite the pain, Manuel came out a hero and stayed strong until the end.

Manuel was born in Phoenix, Arizona on March 12, 1937, to Alberto and Micaela Vila. He attended Monroe Elementary School, Phoenix Technical High School and graduated from Phoenix Union High School. He served in the United States Army as a Corporal in Germany, and was a member of the elite Berlin Brigade. While in Germany he was involved in the Cuban Missile Crisis and was proud to serve and protect his country during those turbulent times.

Manuel returned home and met the love of his life Christina, while attending a football game, and it was love at first sight. She supported his success in every step they took as they raised their family. He always ensured that his wife and children were well taken care of and happy. He was very proud of his two children Manuel Jr and Alicia, and truly adored his grandchildren and great-grandchild. He was an avid sports fan who enjoyed watching his grandchildren play and attended all of their games and practices. He was a big fan of St. Mary’s High School athletics and spent many Friday nights attending their football games.

Manuel shared his many talents by always willing to help family and friends with mechanical and home repairs. If others needed help, he would make himself available after work and on weekends to provide assistance. He had a quiet demeanor, but when he spoke or shared his opinion or stance, he made his point clear and with conviction. Many family members and friends have fond memories of their conversations and discussions with him, as they reminisce and share his quotes.

A special Thank You to Emblem Hospice and Cordelia and Cassidy Claridge of Synergy Homecare of the West Valley for their constant care, compassion and diligence. You were so good to Dad.

Manuel will be honored as a military veteran in the prestigious National Memorial Cemetery of Arizona .

Offer Hugs From Home Condolence for the family of VILA, MANUEL Y.