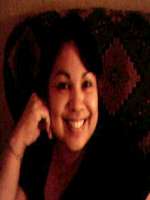 Catherine Sue Villa (Cathie), 51, was born June 26, 1961 in Phoenix, Arizona. After a long, hard battle with cancer, Cathie gracefully transitioned into heaven to meet our Holy Father on September 3, 2012. Her husband and children were at her bedside. Cathie was one of 11 children born to Pete and Dorothy Lastra. She attended Carl Hayden High School and A.V.C. School of Cosmetology. Anyone who knew Cathie would say that she was generous, selfless, compassionate and beautiful. Cathie was a blessing to each and every person who came to know her. Her bright smile alone would light up any room. Cathie married her best friend and soul mate of 36 years, Eduardo A. Villa. They were blessed with 5 sons, Eduardo II, Nicholas, Christopher, Matthew, and Josiah. Cathie is survived by her husband, 5 sons, and three grandsons, Eduardo III, Daniel, and Julian, and three daughters-in-law, Wendy (Eduardo II), Terra (Christopher), and Marla (Matthew). Visitation is scheduled for Friday, September 7, 2012 from 6:00 to 8:00 pm with the Holy Rosary beginning at 7:00 pm at Whitney & Murphy Funeral Home, 4800 East Indian School Road, Phoenix, AZ 85018. Funeral Mass will be celebrated at 10:00 am on Saturday the 8th at Holy Spirit Catholic Church, 1800 East Libra Drive, Tempe, AZ 85283. Interment to follow at Saint Francis Cemetery, 2033 N. 48th Street, Phoenix, AZ 85008. Although Cathie will be greatly missed by her family and friends, they know she will be waiting for them in paradise.

Offer Hugs From Home Condolence for the family of VILLA, CATHERINE SUE