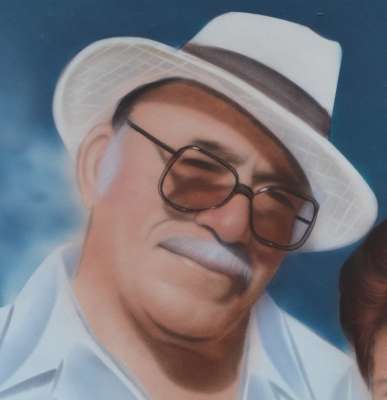 Pedro was born on June 4, 1931 in Villa Coronado, Chihuahua, Mexico to Cirilio Villa and Soledad Villa Meza. At the tender age of 13, Pedro left his home and everyone and everything he had ever known to find work in America. His family will never forget his immense sacrifice.

Pedro worked in construction and agriculture in cities as far east as Chicago and as far west as Los Angeles before eventually settling in Phoenix with his wife Maria Ines Villa Mora.

Affectionately known to all as Tata during his last three decades, Pedro centered his life on his marriage, family, Catholic faith, and love for conversation, food, and traditional Mexican folk music. He will be remembered as a generous, gregarious, and magnanimous child of God. Although Pedro fought tremendous physical pain during his final years, he bore his cross como campeon, grateful for every day he had with his family.

Pedro spent his final hours of life surrounded by his family, his hand held tightly by his wife Maria. He died as beautifully as he lived.

We pray that Pedro rejoices in God’s kingdom, his tears wiped away.

Offer Hugs From Home Condolence for the family of VILLA MEZA, PEDRO