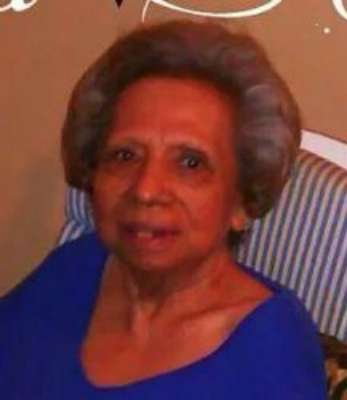 87, of Phoenix, went to be with the Lord on May 5, 2014.  She is preceded in death by her parents Sophie and Torivio and by her brother Manuel.  Sally is survived by daughters Diana and Debra (David), son David (Norma), sister Hilda Quinoñez, seven grandchildren and ten great-grandchildren and numerous nieces and nephews.  Her smile, humor and devoted love to her family and friends will be sorely missed.  A Funeral Mass will be at 10:30am on Friday, May 9, 2014 at St. Gregory Catholic Church, 3424 N. 18th Avenue, Phoenix.  Interment will follow at St. Francis Catholic Cemetery.  Arrangements entrusted to Whitney & Murphy Funeral Home.

Offer Hugs From Home Condolence for the family of VILLA, SALLY M.