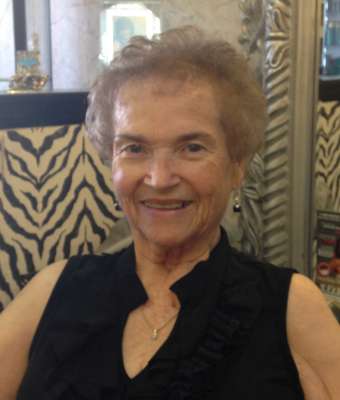 Lucinda Vizcaya of Winslow, Arizona, 79, passed away peacefully on January 17, 2015. She was born June 9, 1935. She was preceded in death by her parents Fred & Isabel Aja, also her sister Lena, and granddaughter Melissa Wymer. Lucinda grew up and went to school in Glendale, Arizona where she met the love of her life, Daniel Vizcaya. She is survived by her husband of 55 years Daniel and her children Dani (Joe) Breeze, Caterina (Lee) Wymer, and Troy (Bernie Padilla). Luci was the proud grandmother of 9 grandchildren and 5 great-grandchildren. She was a homemaker and spent her life devoted to her family. A visitation is scheduled from 5:00 – 8:00 pm, with a rosary at 7:00 pm, Monday, January 26, 2015 at Whitney & Murphy Funeral Home, 4800 E. Indian School Road. A Funeral Mass will be celebrated at 10:00 am, Tuesday, January 27, 2015 at St. Anne Catholic Church, 440 E. Elliot Road, Gilbert, AZ. A Committal Service will follow at St. Francis Cemetery in Phoenix.

Offer Hugs From Home Condolence for the family of VIZCAYA, LUCINDA