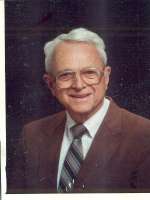 92, passed away Thursday, September 13, 2012 at the Gardiner Hospice home, the home he and his wife Mary Ann originally built on the corner of 15th Avenue and Myrtle in 1956. Born April 25, 1920 in East Orange, New Jersey to Chester Barnes Voorhees and Emma Lord, he moved to Arizona at the age of 4. He attended Fair Hope School, Phoenix Union High School Class of 1938, Phoenix College, Arizona State University and graduated Dental School from the University of Southern California….he remained a life long Trojan fan! He served our country as a Captain in the Army, 18 year board chair and member of the Orme Ranch School Board, 14 year member of the Glendale Union High School Board, member of the Arizona Historical Society, and the Heard Museum, past president and 8 year member of the Arizona Intercollegiate Association, Optimists, member and past president of the Valley Field Riding and Polo Club, past member of the Phoenix Country Club, and past president and member of the Iron Springs Outing Club, where he holds the record of being the oldest man on Top Rock! A life long supporter of education, Joe practiced dentistry in Phoenix for 56 years. Retiring at the age of 79, he did volunteer dentistry for St. Vincent de Paul Dental clinic. Many happy times were spent with family and friends camping on the beaches of Mexico, digging for pot shards, picnicing, attending, by invitation, dances on the 2nd Mesa, listening to Benny Goodman, Louis Armstrong and the Jazz greats, playing his weekly poker game, and weekends at Breezy Point. He was pre-deceased by his parents, his aunties, his sister Ann Stillman and his beloved Mary Ann. He is survived by his daughter Dorian Voorhees of Tucson, son Joseph P. Voorhees III (Fran) of Phoenix, granddaughter Lauren Malanga of Tucson, grandsons, Joseph P. Voorhees IV (Hope) of Phoenix, Christopher Voorhees (Sheli) of Knoxville, TN, 3 great-granddaughters, Mackenzie, Caycie and Zoe and 1 great grandson Rowan, and nieces, George Stillman of San Diego and Nancy D’Mura of Tucson. A celebration of his life will be held at All Saints’ Episcopal Church, 6300 N. Central Avenue, Phoenix, AZ on Wednesday, September 26 at 11:30 A.M. In lieu of flowers a contribution is suggested to Hospice of the Valley, Gardiner Home, c/o 1510 E. Flower St., Phoenix, AZ 85014. Arrangements entrusted to Whitney & Murphy Funeral Home and Post Scripts by Posey.

Offer Hugs From Home Condolence for the family of VOORHEES, JOSEPH PIERSON DDS