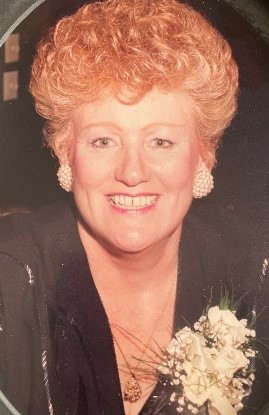 Barbara L. Wagner passed peacefully on October 27, 2021 to join her husband and daughter in Our Lord’s presence. Born May 15, 1936 in Patterson, British Columbia, Canada to Charles and Winifred Letoria. She was the middle child between her brothers Charles and Robert. Raised on a ranch in a rural valley on the US-Canadian border, where she survived a health scare as a teenager that trailed her for life and framed her immeasurable strength and endurance. As a young lady, her friends and her would make road trips to the Spokane WA where she would meet her partner in life. She married her dashing serviceman husband, Donald Wagner and shared 53-years of marriage together prior to his passing. Upon his discharge, she moved with her husband to Pennsylvania to be with his family. Their daughter Deborah was born in May 1958. After some additional health challenges, they moved their family to Phoenix, Arizona in 1964. Donald Jr was born in September 1968. Barbara was a consummate mother to her children and supported her husband’s construction business. She celebrated her first granddaughter Stephanie in 1981. The death of her daughter in 1983 spurred her into an additional calling as a bereavement minister with the Catholic Diocese of Phoenix and part-time hospice volunteer. Barbara’s presence and energy was alluring. A 5’10” fiery red-head; “Big Red” was the life of the party and if she wasn’t acquainted with everyone at the beginning of the night, she was by the end. She loved cooking for big crowds of people and entertaining at the holidays where friends were welcomed as family. Christmas Eve was always an event not to be missed and spaghetti dinners were legends that grew like fishing stories.
She is preceded in death by her parents, daughter, husband, and brother Charles. She is survived by her brother Robert, son Donald, God-daughter Christina, (7) grandchildren and (2) great-grandchildren. Many thanks to the special caregivers at Hospice of the Valley Thunderbird for their care and compassion.
A visitation and Rosary will be held for family and friends from 5:00-7:00 P.M. at Whitney & Murphy Funeral Home, 4800 E Indian School Rd, on Wednesday, November 3, 2021. Funeral Services will be held at 10:30 A.M. on Thursday, November 4, 2021 at St. Thomas the Apostle Roman Catholic Parish, 2312 E. Campbell Ave, with interment at St. Francis Catholic Cemetery to follow. Donations in her name to Hospice of the Valley (www.HOV.org) and St. Vincent’s de Paul of Arizona (www.stvincentdepaul.net) are welcomed. Condolences may be expressed at www.whitneymurphyfuneralhome.com.

Offer Hugs From Home Condolence for the family of WAGNER, BARBARA L.