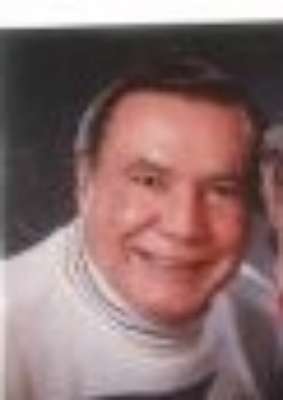 Robert “Bill” Wanless was born August 4, 1933 in Tucson, Arizona to Armando and Cecilia Wanless. Bill lived a wonderful and adventurous life. He was raised in Nogales, Arizona and attended Nogales High School where he was a member of the 1949 basketball state championship team. The team was inducted into the Arizona Hispanic Sports Hall of Fame in 2006. He attended Arizona State University and Northern Arizona University before graduating from Grand Canyon College. During this time, Bill was in the Air Force. Bill worked and lived in Ecuador and Panama for CUNA (Credit Union National Association). He worked with many Peace Corps volunteers as part of the Ecuador VI program to set up credit unions in Ecuador. He also helped start Motorola’s credit union. Bill brought his wife, 2 of his sons and a niece and nephew to these beautiful countries. The experiences were priceless and will always be remembered fondly. Bill (and of course the family) returned to Phoenix to work at Motorola (again), where he worked for almost 40 years. With Motorola he was transferred to Nogales, Sonora to work for Memorex. Later, Bill returned to Phoenix to and went back to Motorola. In 1978 the crew moved to Hong Kong. After 4 years covering Southeast Asia, Bill worked for the Motorola facility in Guadalajara, Jalisco. After Guadalajara, He came back to Phoenix before retiring in 1998. Bill is preceded in death by his parents, Armando and Cecilia Wanless and grandson Cristofer Wanless. Bill is survived by his wife of 57 years, Helen; sisters Emma and Margot; sons Michael Gilbert (Arnold), Robert (Elizabeth) and Charles; grandchildren Riley, Connor, Anna, Travis and Asia. The extent of his family was amazing, there are so many people that considered Bill as their surrogate father. He was a mentor, counselor, #1 fan, disciplinarian, confidant, teacher, coach and leader. He touched so many lives in so many ways.   Bill passed away peacefully on June 26th surrounded by his family. A Graveside Service will be held at 9:30 A.M., Friday, August 5th, 2016 at the National Memorial Cemetery of Arizona in Phoenix, 23029 N. Cave Creek Road, Phoenix. Arrangements entrusted to Whitney & Murphy Funeral Home.

Offer Hugs From Home Condolence for the family of WANLESS, ROBERT W.