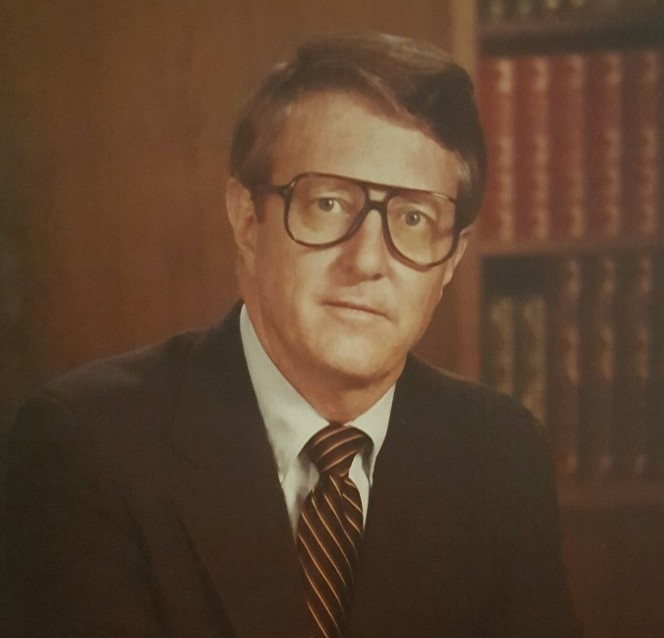 Benjamin Donlon Ward, Sr. born September 27, 1929 and called to his Heavenly home Sunday, January 8, 2017. Benny, as his mother called him, was a loving husband, father, devout Catholic, Navy Veteran, pilot, hot air balloonist, sports enthusiast, entrepreneur. He loved life and he lived it to the fullest. If he had a motto, it would have been ‘Work hard, play hard, love each moment’. Born in Tucson, AZ in 1929 to Rhena and James Ward, Ben loved growing up in Tucson when it was a one traffic light town. He attended Saints Peter and Paul Elementary School, Tucson High School, Arizona Ranch School and, after his naval service, he attended the University of Arizona. Ben loved horses and as a child he owned two, a Buckskin and a Sorrel named ‘Red’. At Arizona Ranch School, Ben taught roping and riding. Ben loved flying and he hoped to follow his half-brother, John James Ward, becoming a Navy pilot. Due to his need for corrective lenses, he was not accepted into the Naval pilot program. Ben served in the Navy from June, 1947 to April 1950 aboard the USS Pickaway AP-222 and he was later recalled to active duty from the reserves during the Korean War where he briefly served on two Destroyer Escorts. As a young man, Ben earned his private pilot wings and continued on completing his instrument and sea plane ratings. Owning a Cessna 172, a Cessna 182, and a Beech Bonanza aircraft, Ben and Alice joined the Margarita Mosquitos Flying Club and traveled all over the United States and Mexico. His ballooning escapades included the whole family and provided many stories that we share today. He shared his passion for flying with everyone which in turn inspired many others to complete their aviation adventures. Ben met the love of his life, Alice Lucille Sutherland, when he was on leave while serving in the Navy. The story goes that while he was in the hospital with a broken ankle, which he suffered while skiing, Alice proposed to him and six months later in 1951 they were married. Ben and Alice enjoyed a beautiful and loving union for 65 years. Ben started in the insurance industry as an agent for New England Life later becoming a group agent for Occidental Life eventually serving as the Regional Group Manager in Phoenix. In 1968, Ben founded Pharmaceutical Card Systems (“PCS”) creating the pharmacy benefit management industry. Ben served as President and CEO of PCS founding several subsidiaries of PCS. Ben’s entrepreneurial spirit was always active and after resigning as CEO of PCS, he went on to found National Optical Services, National Vision Services, National Hearing Services, National Card Services, North American Pharmaceutical Services and National Dental Services. Other entrepreneurial ventures Ben was involved in include Alpha Scrip, Inc., Activa Rx, Inc., Provider Audit Organization, and the Arizona Ballooning Company. Ben served on numerous boards and he was active in business and community organizations including the Arizona Group Managers Association, the Tucson Junior Chamber of Commerce, and the Rotary Club of Tucson. He founded the Park Central Toastmasters, the National Council for Prescription Drug Programs (NCPDP) and the National Dental EDI Council (NDEDIC). Both NCPDP and NDEDIC have established the Benjamin D. Ward Outstanding Member Award in his honor. He was an active and devout Catholic serving as a Third Degree Knight in the Knights of Columbus. He served on a number of boards and councils for local parishes and the Diocese of Phoenix and Tucson. He made his Cursillo in the early 60s. Ben was an avid and competitive sportsman playing golf and tennis for much of his life. Despite his accomplishments, Ben’s greatest love was his beautiful bride “A”. He was a devoted family man and he is survived by his wife, Alice Lucille and his eight children: Benjamin Donlon Ward, Jr (Joanna), Mary Ellen Zeman (David), Michael Stephen Ward (Cecilia), James Patrick Ward (Mary), John Daniel Ward (Margalit), Catherine Camille Nolan (Paul), Thomas Joseph Ward (Andrea) and Lauri Anne Cooney (Rhett). Ben leaves behind a loving legacy of 24 grandchildren, 15 great grandchildren, with two more due in 2017. Ben was a loving and devout husband, father, grandfather and great grandfather. His strength, his strong faith and his indomitable spirit were an inspiration to more people than can be counted. He competed well; he finished the race; he kept the faith. A Visitation will be held from 5:00pm to 8:00pm with a Rosary at 6:00pm, Monday, January 16, 2017 at Whitney and Murphy Funeral Home, 4800 E Indian School Road. The Funeral Mass will be celebrated at 10:00am, Tuesday, January 17, 2017 at Our Lady of Perpetual Help, Scottsdale, 3801 N Miller Road. In lieu of flowers, donations can be made to Catholic Charities, https://www.catholiccharitiesaz.org/.

Offer Hugs From Home Condolence for the family of WARD, SR. BENJAMIN DONLON