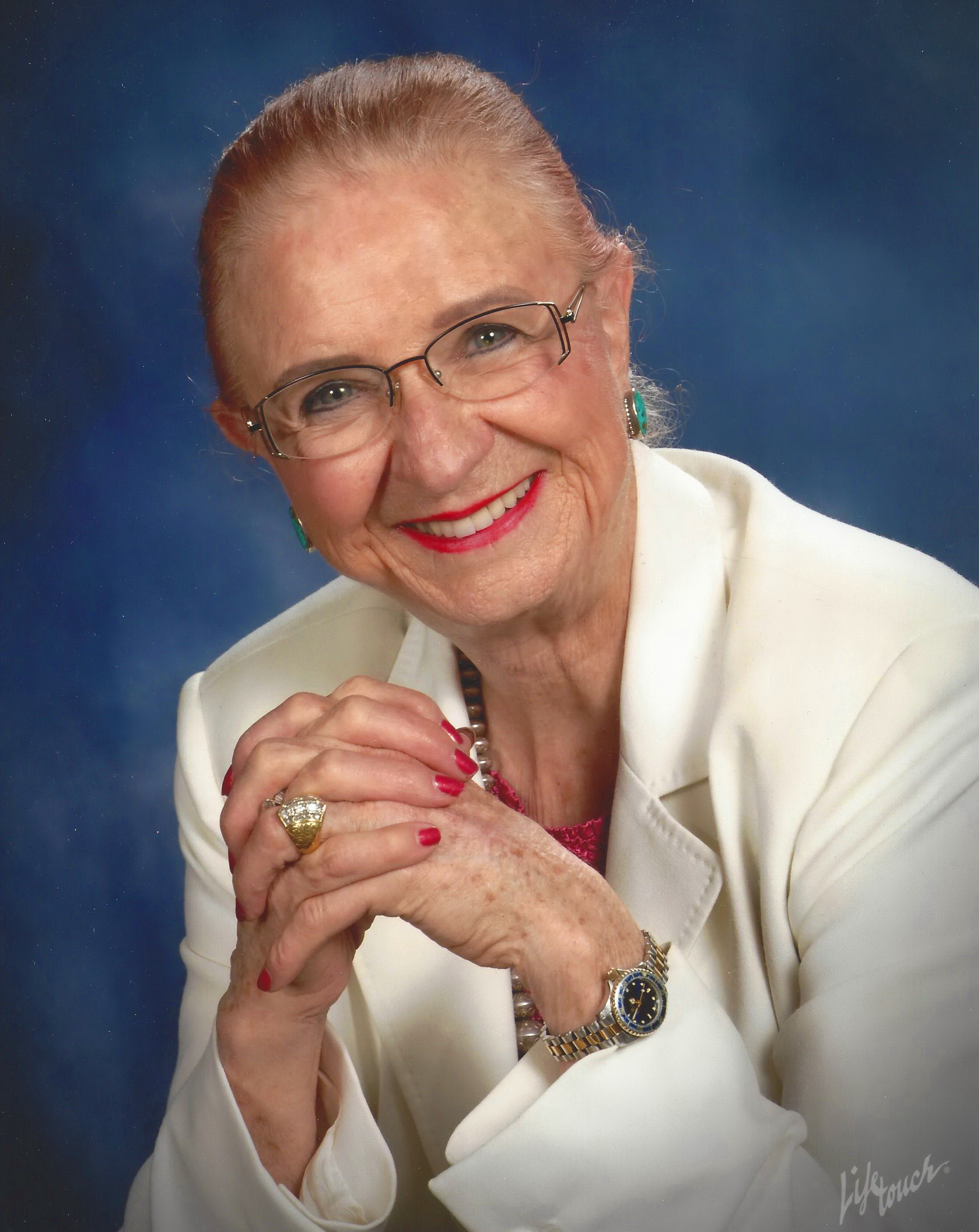 She was a juggernaut, though she’d never admit it. She also hated clichés – so we’ll avoid those like the plague.

Service, devotion, and progress are the ideals that Carolyn Warner embodied – who passed on October 9, 2018, surrounded by those that she loved. Her legacy now belongs to her children, 18 grandchildren, and 16 great grandchildren. And despite so many feet, her shoes will be impossible to fill.

With this you must agree if you believe, as Nelson Mandela did, that “education is the most powerful weapon [with] which you can change the world.” Because Carolyn’s first, greatest, and most consistent pursuit was to support public education.

This apple fell not far from the tree; born to educator, Mary Tullis, and charismatic father U.T. Rexroat, Carolyn inherited the best of both parents. Armed with inherited wit, abundant charm, and the indomitable will that was uniquely hers, Carolyn demonstrated early proficiency in public affairs as a “stump speaker” for Oklahoma state politicians, a youth representative of President Truman (with whom she danced at the Inaugural Ball), and the host of the aptly named radio program “Coffee with Carolyn”. She broke barriers and exceeded all expectations in her youth. And she was just getting started.

An alumnus of the University of Oklahoma, Stephens College, and Northern Arizona University (honorary doctorate), Carolyn exemplified the promise of education, all the while raising a family of six children (seven if you count Ron). Concurrent with raising Cathy, Caron, Steven, Connie, Christopher, and Christi – Carolyn and her late husband, “Big Daddio” Ron Warner, transformed a little-known used furniture store into a renowned interior design firm.

Carolyn also somehow found time, to “give back to the community” by first serving on the PTA of her children’s elementary school in the Madison Elementary School District, and then running for and winning a position on the Governing Board of the Phoenix Union High School District. Believing she had even more to contribute, she ran for and was elected as Arizona’s State Superintendent of Public Instruction, where she served with commitment and passion for 12 years. Among the changes Carolyn effected was advocating for increased scholastic services, greater employer involvement in education, and the creation of the Arizona Educational Foundation and the Arizona Quality Skills Commission.

Carolyn’s commitment to public service also extended to her beloved Democratic Party. On top of all her other work, she also found time to serve as Arizona’s National Democratic Committeewoman and was, for ten years, a “super-delegate” at Democratic National Conventions. And, as her children and grandchildren learned from first-hand experience, when Carolyn attended political events (e.g., the 2008 Democratic National Convention), she was one of the last one to retire from rubbing elbows at the bar, and one of the first one to attack the convention floor. She was, indeed, indomitable!

But how did she pay the bills? We’re glad you asked. Carolyn and her long-time business partner, David Bolger, co-founded Corporate // Education Consulting, Inc. Through this enterprise, Carolyn and David advised a diverse base of clients (ranging from Met Life, Visa and Coca-Cola) on matters promoting public education. Her dedication and vision towards better educational outcomes earned her multiple Congressional and Presidential appointments, from Presidents Jimmy Carter through George H. W. Bush. The National Commission on the Public Service, the National Skills Standards Board, and the White House Conference on Small Business were just a few of the national committees on which she served. These, among other distinctions, earned her the honor of leading American delegations to educational conferences in Japan, Australia, Germany, Romania, Russia, Scotland, Spain, and China.

Most of the above can be gleaned from the legion of public records documenting Carolyn’s life. But her family will remember Carolyn, particularly in her later years, as a devoted and proud matriarch of remarkable progeny.

Each of Carolyn’s six children exemplify, the values they learned from her: four daughters – a teacher, a long-serving school board member, a mother of 9 children whom she home schooled through grade school, and one who devotes herself to philanthropy. Of her two sons, one was a visionary in the use of the Internet for public service, and one is a talented and gifted photographer.

Her grandchildren include politicians, private equity investors, an orthopedic device expert, a screen-writer, a cardiac device expert, a nationally-renowned cinematographer, a microbiologist, an attorney, a model, a nurse, singers and athletes, educators, and entrepreneurs – all of whom owe the critical mass of their best genetics to this remarkable woman. Through these lives Carolyn’s motto, “God first, other people second and yourself third,” will live on for generations.

There is much more to learn about the remarkable life described above, which you can read about in Carolyn’s recent autobiography “Before I Forget”. But it will suffice to say that Carolyn Warner was loved, is missed, and will be remembered with honor, love and respect.

Carolyn’s memorial service will be held at First United Methodist Church (at Central and Missouri in Phoenix) at 1:30 PM on Thursday, October 25, 2018.

In lieu of flowers, Carolyn asked that you please consider a contribution to:
The Arizona Educational Foundation (Attn. Executive Director) 6155 E. Indian School Rd., #106 Scottsdale, AZ 85251 (Or link to http://azedfoundation.org/donate/carolyn-warner-memorial-fund/) (Please indicate “Carolyn Warner Memorial” on your check or on-line contribution. Funds will be used for scholarships for Career and Technical Education students and other worthy student recipients.

Offer Hugs From Home Condolence for the family of WARNER, CAROLYN