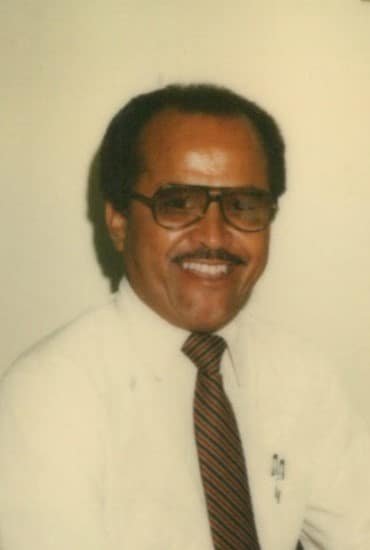 Charles Washington 84, born September 16, 1936 in Marlin, Texas. He died January 17, 2021 in Phoenix, Arizona. Charles was married to Hortense Washington in 1959, until her passing in 2016, married for 57 years. His parents: Lula B. Thomas and J.B. Washington. Charles spent most of his childhood years in Ennis, Texas. In his teenage years, he went to George W. Carver High School before joining the US Navy in 1955, where he served aboard the aircraft carrier USS Lexington (CVA-16) out of San Diego, California. He was honorably discharged in 1959.

Shortly after leaving the Navy, Charles moved to Los Angeles, California with his bride, Hortense Washington. He went to work for the Veteran’s Administration Hospital in LA.

Between 1960 and 1965, Charles and Hortense managed to have three children: the oldest daughter, Yolanda, the middle son, Rodney, and the youngest daughter, Nanette.

In 1966, Charles went to work for the Southern California Gas Company, during his time there he had the desire to further his education, so he went back to school. Charles received an AA degree in data processing from LA Trade Technical College and a master’s from Cal State Los Angeles for business administration. At the Gas Company, Charles started as a meter reader and went on to enter corporate management where he became a Right of Way Agent. In that position, he was responsible for land acquisition and the land rights to accommodate the company’s pipeline and all other facilities pertaining to Right of Way. In 1992, Charles retired after 26 years of service with SoCal Gas Company.

A year later Charles and his family moved to Phoenix, Arizona, and started a new life in retirement.

A visitation will be held on Thursday, March 4, 2021 from 10:00 – 12:00 PM with a service at 11:00 AM at Whitney & Murphy Funeral Home, 4800 E Indian School Road, Phoenix. Burial will follow at the National Memorial Cemetery of Arizona. For those unable to attend you may participate via live stream at 11:00 AM at: https://www.facebook.com/WhitneyMurphyFH/live/

Offer Hugs From Home Condolence for the family of WASHINGTON, CHARLES