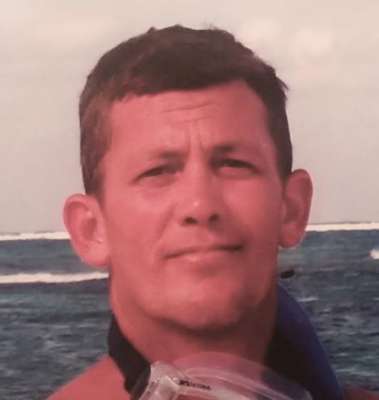 49, of Phoenix, passed away on January 20, 2016. He was born to Judith and Don Watson in Seattle WA in 1966 and a year later they moved to Phoenix. His brother Doug was born in 1969, and his sister Gina (deceased) followed in 1973. Prior to graduating in 1984 from Alhambra H.S., John became the Arizona State Wrestling Champion in his Junior year. After school, he took time to travel to many destinations such as Spain and Brazil. John also satisfied his competitive spirit by playing Quarterback for the Arizona Maulers, a Semi Pro Arena Football team. John received a Bachelor’s degree from ASU in Global Business Management and was very successful in the field of Food and Beverage, serving as Director at prestigious establishments such as the Arizona Biltmore and the Wigwam Resort. John met the love of his life, Pamela Stevenson, in the summer of ’97. They fell in love and married in 1998. They welcomed with joy their first daughter, Chloe Elise in 2000 and were blessed again with daughter Elle Sophia in 2003. John adored both of his daughters and loved them with all of his heart. For this very reason we ask that in lieu of flowers, donations be made to continue our daughter’s educations. Please visit our Go fund me page at https://www.gofundme.com/chloeandelle. Services will be private. Arrangements entrusted to Whitney & Murphy Funeral Home.

Offer Hugs From Home Condolence for the family of WATSON, JOHN ARIS