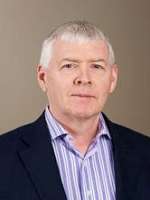 Passed into heaven on August 27, 2011. He was born on January 14, 1950. He is preceded in death by his parents Irving Cambridge Waugh, Jr., and Jean Hunt Waugh of Nashville, TN. He is survived by his brother, Whitney Hunt Waugh, Sr. (Julie) also of Nashville, TN and his previous wife JoAnne Waugh of Dallas, Texas. Mr. Waugh graduated from Montgomery Bell Academy in 1968 and Vanderbilt University in 1974 with degrees in Political Science and History. He earned a Juris Doctor (“JD”) law degree from Vanderbilt Law School in 1977 and a Masters in Taxation (“LLM”) from New York University in 1981. He was an Articles Editor of the Vanderbilt Law Review. He was a member of the Episcopal Church. Mr. Waugh was currently president and co-founder of Smartcomm LLC in Phoenix, Arizona. He had extensive knowledge of wireless communication technology and was renowned in his industry as an innovator and a leader. He will be deeply missed.

Offer Hugs From Home Condolence for the family of WAUGH, PENDLETON COBB “Penn”