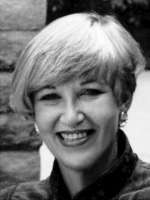 Constance Marie Wayland, 74, of Scottsdale, passed away May 5, 2013.  Constance was born October 2, 1938 at Good Samaritan Hospital in Phoenix.  Her parents were Arthur and Vaheda Hurley Szink.  Her brother, Stuart Arthur Szink, predeceased her in 2012.  She attended local schools, North High, the University of Arizona and graduated from Arizona State University in 1960.  She married John Robert Wayland on December 27, 1960, and they remained married for 52 years.  Connie and John raised two children, Alison Paige and Lance Fielding.  John and their children survive her.  John and Connie raised their family in Paradise Valley and eventually relocated to the Briarwood IV community in Scottsdale, where she served the Homeowners’ Board for several years.  Throughout her life, she was an elementary school educator, home maker and store manager.  Connie volunteered much of her time to local causes, particularly the Arizona Kidney Foundation and Hospice of the Valley.  Her love, caring and strength greatly impacted her family and many lives outside her family. A Memorial Service will be held at Central Methodist Church, 1875 North Central Avenue, Downtown Phoenix, on Monday, May 13 at 10:00 AM.  A reception will follow at Scottsdale North Assisted Living, 9883 E. Cortez  Street, Scottsdale, AZ  85260 at 1:00 PM.

Offer Hugs From Home Condolence for the family of WAYLAND, CONSTANCE MARIE