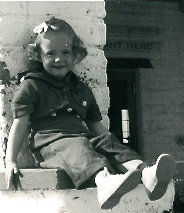 Mary Eleanor Weiler passed away on December 17, 2017. She is survived by her husband, Barry Weiler; her daughter Janis Villalpando; her son Mark Villalpando and his wife Claren Scott; her grandchildren Parker Villalpando and Bryce Villalpando; her brother John Parker and his wife Judy; her brother Kelly Parker and his wife Sue; and many nieces and nephews. Mary Eleanor Parker was born in Phoenix on January 14, 1937 at St. Joseph’s Hospital to Margaret and James Parker. She attended Saint Francis Elementary School, Saint Mary’s High School and Arizona State University, where she earned a Bachelor’s Degree in Education, and a Master’s Degree as well. Her Mom and Dad raised her and her three brothers in a happy home on Weldon Avenue. Her adventures with neighborhood pals (“those darn neighbor kids,” according to Margaret) around the block and Idylwilde Park are legion. She made wonderful friends in school. They managed to get themselves in enough trouble to become notorious, prompting the nuns at Saint Mary’s name them “The Slippery Seven.” The Slipperies have remained steadfast friends their whole lives. As she raised a family in Phoenix, she was supported and surrounded by a great group of friends, relatives and their families. Collectively, they went on desert picnics, made sure the kids learned how to swim, hosted epic tamale parties, played in tennis leagues and descended on Mission Beach every summer. Eleanor served as a teacher for 57 years spanning seven decades in the Scottsdale School District. She taught third grade for most of her tenure, and was an innovative, compassionate teacher who loved helping her peers and engaging students in a crazily creative classroom environment. Her classroom hosted generations of guinea pigs, gerbils, tarantulas, snakes, and even a giant dragon lizard the kids named Michelle. In 1997, she was named Teacher of the Year by the Scottsdale Charros, an honor that she truly cherished. A private Celebration of Life will be held in January. The family requests that in lieu of flowers, donations be made in Eleanor’s name to Cause4Paws, a pet food bank founded when Meals on Wheels discovered that many seniors were giving up their one meal a day to feed their pets. Cause4Paws fills this important need by delivering pet food to these homebound seniors so they can take care of their best friends. Donations by mail: CAUSE4PAWS Pet Food Bank, 7201 E Solano Drive, Scottsdale, AZ 85250. Donations on the Web: www.cause4pawsaz.org

Offer Hugs From Home Condolence for the family of WEILER, MARY ELEANOR