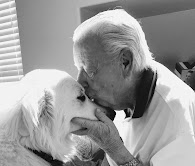 Dr. Malcolm F. Wharton was born to Malcolm and Juanita Wharton 93 years ago, in 1928. His father was a professor at the University of Arizona while his mother attended the U of A on a music scholarship. Before his tenth birthday they moved to Phoenix where they lived on the corner of 19th Avenue and Bethany Home Road. He attended Kenilworth School and later Saint Mary’s and North High. While at North High he fell in love with an extraordinary girl named Nan Pearson and they were soon married. She was so special and a great wife and a loving mom. Mac worked at his father’s business until enrolling at Colorado State University with the goal of becoming a veterinarian. His Vet School friends told stories of his ability to ace classes without trying while they worked harder for b’s.
Prior to graduating from CSU, he and mom had four boys; Malcolm (Skip), Brian, John, and Brad. After graduation they moved the family back to Phoenix and Dr. Wharton opened his first animal hospital at 322 E. Camelback Road where he practiced veterinary medicine for many years. Eventually though, Mac and Nan chose to move to Canelo in southern Arizona. It was a beautiful area and they truly loved it there. Dad practiced in the town of Sierra Vista about twenty miles from the ranch. They had five big dogs and a few cats, deer, javelina, wild turkeys, and great weather and scenery. For fun, Dad would sometimes play guitar in Rocky Harper’s band at The Steak Out (Sonoita) on Saturday nights. He’d sing songs like “I’m Sending You a Big Bouquet of Roses” and other old western favorites. He also enjoyed playing piano with Ivy. Mom and dad loved to entertain friends on weekends and naturally loved having the grandkids stay with them. While it was the happiest of times their marriage later faltered and mom moved north to be near here boys and grandkids whom she loved so dearly. Dad eventually moved to the Phoenix area and met up with a childhood schoolmate named Patty Nicholson at a North High School reunion. She was a lovely lady inside and out. They got along famously, he loved her, and they were married. The Wharton family loved her too. Although both Nan and Patty have passed on the family knows that their father will be very happy to be reunited with the two loves of his life. He will also be excited to be reunited with his horse Black Jack, his cat Arthur, and a three special dogs: Bugs, Charity, and Boogie. In recent years Dad had been dealing with health issues and lived in a very nice, assisted living group home in Mesa call Mayfair. Mac’s son John has been told by patients and staff there just what an especially kind man he was. The Wharton family would like to thank Celeste, Terrence, and Tim at Mayfair for their warmth and their loving care. The surviving family members are very, very proud of him and have been blessed to have had him in their lives. He is survived by his sons Brad and John, grandkids Brian, Tim, and Lianne, and two great grandkids Dean and Elise. His was a life well lived. In lieu of flowers, if you wish, we might suggest sending a small donation to your favorite animal charity, or perhaps Barb’s Dog Rescue PO Box 116, Lukeville, AZ 85341, or…… give your dog a pat on the head in remembrance of him.

Funeral Service will be held on Sunday, December 5, 2021 at 11:00 AM at Whitney & Murphy Funeral Home, 4800 E. Indian School Road in Phoenix. In honor of dad please wear one of the masks provided at the door and be as socially considerate as you can. There should be ample room to be comfortable. The family would like to keep everyone safe. Condolences may be expressed at www.whitneymurphyfuneralhome.com.

Offer Hugs From Home Condolence for the family of WHARTON, MALCOLM F.