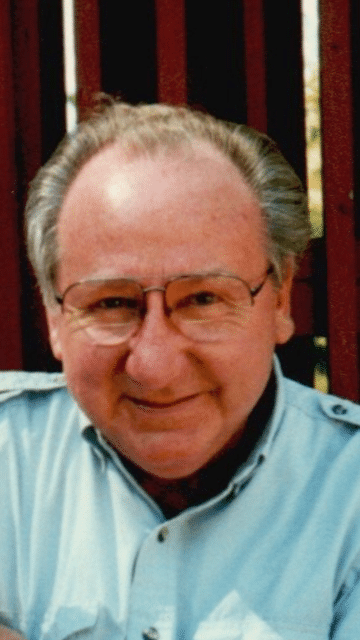 Keith Allen Wharton Sr., 90, of Phoenix passed away peacefully on Oct 14, 2020. Keith was born in Kansas and in 1941 moved with his family to Tucson, AZ, returning to Kansas during summers to help harvest wheat on the family’s farm. After graduating Tucson High School, Keith enlisted in the US Navy and worked as a mechanic on the SS Wasp as it went on a round-the-world assignment during the Korean War. Upon return from US military service, Keith studied mechanical engineering, earning a Bachelor of Science from the University of Arizona in 1958. While working as a sales engineer in Los Angeles, he fell for a bank employee named Anna, and in 1960 they were married at the Little Church of the West in Las Vegas. Shortly after the birth of their first child, Keith Jr., they relocated to Phoenix in 1963, residing in the Valley ever since. Keith sold and installed plumbing and heating equipment while an active member of the Phoenix Civitan Club, serving in several leadership capacities including President. At age 56 he started his own manufacturer’s representative business until retirement. An avid golfer and sports fan, Keith also enjoyed social dancing and dining out with Anna, all things University of Arizona, and spending time with his grandchildren playing Bingo. Keith’s warm personality and friendly demeanor made everyone feel comfortable in his presence, a rare gift. In his 70s Keith developed Parkinson’s disease that slowly but progressively limited his mobility. Keith’s quiet courage and steadfast determination to keep moving was an inspiration to his family and caregivers. He is survived by Anna Wharton, his wife of 60 years; son and daughter-in-law Keith Jr. and Shelly Wharton; grandchildren Veronica, Naomi, and Genevieve Wharton; and numerous nieces and nephews. He is preceded in death by sister Maxine Bourke, and two brothers, Richard Wharton and Ben Wharton. In lieu of flowers, donations can be made to the University of Arizona, Christian Care Foundation, or the American Parkinson’s Disease Association. Condolences may be expressed at www.whitneymurphyfuneralhome.com.

Offer Hugs From Home Condolence for the family of WHARTON, SR., KEITH ALLEN