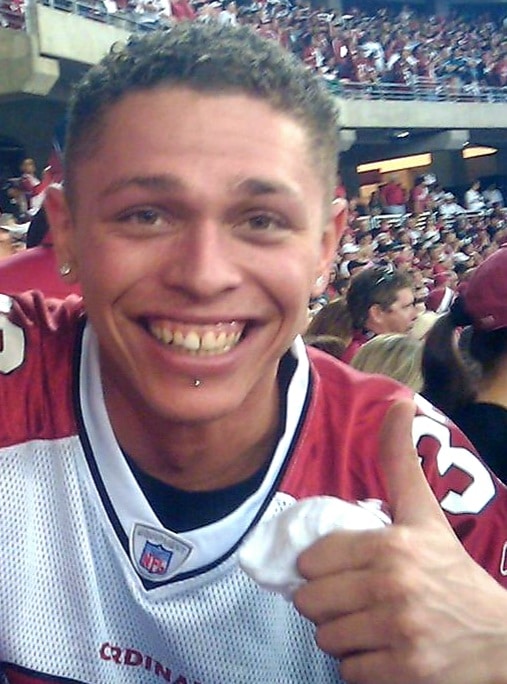 JOSHUA NICHOLAS WHITE was born July 3, 1984, in Phoenix, Arizona. He was raised, educated, worked, and socialized almost exclusively in the Greater Phoenix area, mainly in the Ahwatukee section of Phoenix, and in Chandler.

From the day he was able to, after shedding the orthopedic leg braces he wore as a toddler, Josh participated in just about every type of youth sport available. Even though he chose not to continue with formal athletics after his freshman year due to a football injury in high school, he has always been extremely interested in sports, as a participant and of course as a viewer. He was especially drawn to body-building and was intrigued by the wide array of body-building techniques and sport nutrition products that circulated throughout the activity.

As a viewer, Josh was a BIG Dallas Cowboys fan. Everyone knew that. He would tell you, however, that one of his most memorable sports events was the Cardinals National Football Conference Championships, in 2009, which he attended with his dad, Rodney.

Josh’s work experience was widespread, from the food/hospitality industry where he achieved a management position, to cell phone sales, installation, and repair, to construction, working primarily in the granite field. Make no mistake, however, Josh would never turn away from any job that crossed his path.

Also noteworthy was Josh’s wide variety of music interests. These varied from R&B/HipHop to Electronic/Dance, to Country and Western, and virtually everything in between. He had no problem blasting any of these music genres to full volume while he sang along. He was also a big fan of T.V. and online entertainment and social media videos.

Josh’s other interests and experiences include playing the saxophone, wrestling, body-building, horse-wrangling, sky-diving from an airplane, Hawaii snorkeling, paddleboarding in the middle of a lake, recovering from two separate family home fires, doing an appearance on a celebrity reality show (and he really liked Toni Braxton after that), and being given chocolates by President Obama.

Josh’s circle of friends also reflected the diversity which defined his life and environment. Virtually every nationality, race, gender, and ethnic group was represented in Josh’s inner circles. He brought the rich and the poor, the geeks and the bad boys, the young and not-so-young, those on or off the “spectrum,” all together for any and all events.

The centerpieces to Josh’s outer existence were his stunning handsomeness, his smile and his laughter, all very powerful and contagious. However, the qualities that will endure well past the others are Josh’s limitless generosity and compassion. No matter how many struggles he was going through, someone else’s problems would skyrocket to the top of Josh’s priority list and he would do whatever he had to in order to address this new urgency.

Josh will be truly missed – but that phrase does very little to express the true immensity and depth of the collective loss we are all experiencing right now.

Visitation for Joshua will be Friday, October 8, 2021 from 5:00 – 8:00 P.M. at Whitney & Murphy Funeral Home, 4800 E. Indian School Road, Phoenix. A Buddhist Funeral Service will be on Saturday, October 9, 2021 at 9:00 A.M. followed by a Celebration of Life at 10:00 A.M. at Whitney & Murphy Funeral Home. Interment will follow at East Resthaven Cemetery, 4310 E. Southern Avenue, Phoenix, AZ 85042. For those who are not able to attend please view the live stream at https://www.facebook.com/WhitneyMurphyFH/live/. Condolences may be expressed at www.whitneymurphyfuneralhome.com

Offer Hugs From Home Condolence for the family of WHITE, JOSHUA NICHOLAS