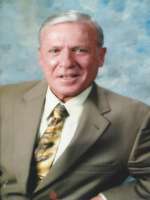 Russell Sterling Whitman III, 65 years old, of Phoenix, passed away on March 22, 2013, at his favorite place, Rocky Point, Mexico, in the arms of his loving wife Sylvia.  He was born in New London, Connecticut, on August 4th, 1947.

Russell grew up on military bases throughout the United States.  When his father retired from US Army his family settled in Phoenix, Arizona.  Russell lived in Phoenix the rest of his life. Russell is survived by his wife of 46 years, Sylvia, two loving children, his son Russell IV and his daughter Jennifer, and his four beautiful grandchildren, Jordan, Nickolas, Breanna and Alexandra.  He is also survived by his four brothers and two sisters, Regina Roth (Eldon), Ray Whitman (Dawn), Rob Whitman (Anita), Renee Smith (William), Randy Whitman (Gina), and Richard, his brother  and sister-in-laws and many loving nieces and nephews.  Russell was preceded in death by his parents, Russell and Margaret Whitman, his brother Ronnie Whitman, his father and mother-in-law Pedro & Eleanor Abeytia, and his brother-in-law Benito Abeytia. In December, 1966, Russell enlisted into the US Army where he became a member of the 101st Airborne Division.  He served in Vietnam from 14 July 1967 through 18 July 1969 with Headquarters Company, 1st Battalion (Airborne), 327th Infantry Regiment, 101st Airborne Division.  He was promoted to sergeant (E-5) October, 1968.  He participated in seven foreign campaigns; receiving the National Defense Service Medal, Bronze Star Medal, Army Good Conduct Medal, Army Commendation Medal, Republic of Vietnam Civil Action 1c Medal, Vietnam Service medal, Republic of Vietnam Gallantry Cross Medal w/palm Republic of Vietnam Campaign Medal with Device, parachutist Badge, Combat Infantryman Badge, and Sharpshooter Marksmanship Qualification Badge with Rifle Bar.  Airborne all the way! Russell was loved and respected by his extended family at Lindco Equipment where he retired in 2009, after 37 years. Russell loved the outdoors where he enjoyed golfing, hunting, fishing, camping, and boating with his family, brother-in-laws and friends. He enjoyed working with kids, and coached Little League, Pop Warner football, and girls’ softball.  He also coached women’s softball. He was an avid ASU fan, and was a season ticket holder for the past 41 years.  Russell loved to travel to out of state games with Sylvia, his children & granddaughters.  GO DEVILS! Russell was proud of his service to his country. One of his favorite trips was when he took his grandsons to Washington, DC to visit the Vietnam Memorial. Memorial Service will be held on Tuesday, April 2nd, 2013, at St. Agnes Catholic Church, 1954 North 24th Street, Phoenix, Arizona.  Visitation is at 9:30 am with a Rosary at 10:30 am.  Mass will follow at 11:00 am.  A military burial will follow at the National Memorial Cemetery of Arizona, 23029 North Cave Creek Road, Phoenix, Arizona.  A reception will be held at the JW Marriott at Desert Ridge, 5350 East Marriott Phoenix, AZ. 85054 immediately following the interment.  Arrangements are entrusted to Whitney & Murphy Funeral Home.  In lieu of flowers, donations may be made in memory of Russell S. Whitman III to the American Legion Sosa/Martinez Post 41, c/o Finance Officer, 713 South Second Avenue, Phoenix, Arizona, 85003 or the Wounded Warrior Project, 4150 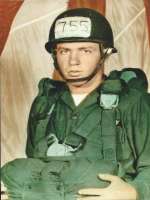 Offer Hugs From Home Condolence for the family of WHITMAN, RUSSELL STERLING III