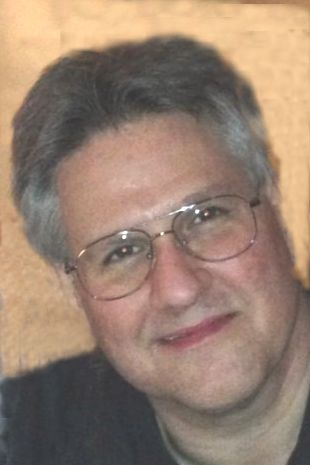 Steven K. (Kenneth) Widmayer, age 56, died on September 5, 2017 of natural causes while hiking on desert trails near his home in in Phoenix, Arizona. He was born August 28, 1961 in Dearborn, Michigan to Warren W. Widmayer and Ruth C. (Najor) Widmayer. He grew up in south Dearborn Heights, Michigan where he graduated from Annapolis High School in 1979. He then went on to the University of Michigan where he studied Communications. In 1985, he began his career in network engineering as a Network Routing Operations Specialist for Merit Network, Inc. in Ann Arbor. Over the next 30 years he worked for a number of companies performing network routing, connectivity and traffic analysis, administration and maintenance on the backbones of their computer communication systems. The companies included Booth Newspapers, Apex Global Internet Systems, Global Crossing, Verizon, and most recently, CVS/Caremark. He relocated from Michigan to Arizona in 2001 while working for Global Crossing and lived there until his death. Steve was a seeker of truth and openly curious and inquisitive. He was independent-minded and not afraid to challenge mainstream thinking and advocate for his beliefs. He frequently hiked in and around Phoenix, one of his favorite pastimes. He was a gentle and loving brother and son, and will be missed by his family and friends. Steve was preceded in death by his mother; Ruth, in 1975 and his father; Warren, in 2016. He is survived by his siblings; Warren (Beth) Widmayer, Jim (Susan) Widmayer, Carol Brown, and Wendy White, seven nieces and nephews, two grand-nieces and numerous aunts, uncles and cousins. Cremation occurred through Whitney & Murphy Funeral Home in Phoenix, Arizona. Steve’s remains will be privately interred at Our Lady of Hope Cemetery in Brownstown, Michigan. Family and friends are invited to gather in his memory for a luncheon on Saturday, October 14th at 1:00 p.m. at Park Place Catering and Banquet located at 23400 Park St, Dearborn, Michigan 48124.

Offer Hugs From Home Condolence for the family of WIDMAYER, STEVEN K.