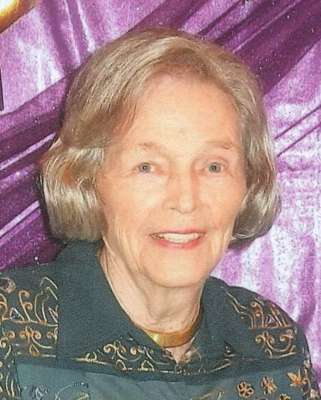 Margaret R. “Nancie” Williams passed away peacefully on December 6, 2015.   Nancie was born on May 25, 1922 to Margaret and Herman Reinecke in Erie, PA. She and her older brother Bill (aka “Moose”) enjoyed a childhood filled with music and laughter.

Remembered for her quick wit, public speaking ability, musical talent and athleticism coupled with a sense of humor that tended toward practical jokes, Nancie graduated from Mercyhurst Preparatory, Erie, PA, in 1940 and Georgian Court College, Lakewood, NJ, in 1944. After graduation, Nancie served with the American Red Cross in Washington D.C. where the beautiful city girl from Erie met her handsome war hero, Robert Williams, a native of Douglas, AZ. They married in 1948 and moved to Arizona.

Faith, family and friends were important to our mother. Nancie was a member of the Junior League of Phoenix, a lifetime member of the Brophy Mothers’ Guild and past president of the Xavier Mothers’ Club. She was also a lifelong member of St. Francis Xavier parish.

Nancie enthusiastically served as personal secretary to Phoenix Mayor Margaret Hance for eight years. She would tell you that although not elected to office, she helped Mayor Margie run the city.

Nancie is preceded in death by her parents, her husband Robert and her brother William J. Reinecke.

Offer Hugs From Home Condolence for the family of WILLIAMS, MARGARET R. “NANCIE”