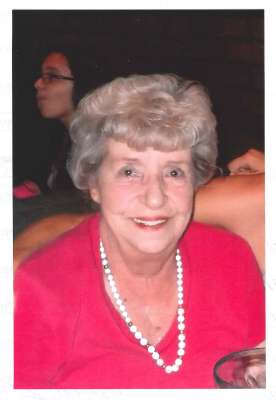 Mrs. Mary Ann Willoughby, age 82, of Phoenix, Arizona, passed away on Saturday, May 17, 2014. Mary Ann was born in Kenosha, Wisconsin on April 13, 1932, daughter of the late William and Teresa Niesen. She was the widow of Garrett T. Willoughby who died on November 22, 1988.  Mary Ann graduated from Kenosha High School in 1950. She worked at American Express in Phoenix in the 1970s. Following, she spent the remainder of her career at the Arizona Superior Court in which she retired in 1994. Mary Ann enjoyed her retirement years with visits from her children, grandchildren and great grandchildren. The Lord and her family were the center of her life. She enjoyed cooking, traveling, and being surrounded by her friends and family. She was passionate about the Catholic Church and involved in Sodality and missionary work. She had close ties with the Native American community and had a deep love and friendship with the Wilcox community. She was a great mother, grandmother, great grandmother, wife, sister, daughter, friend, and a true follower of the Lord. Mary Ann was a member of St. Theresa Catholic Church in Phoenix. Surviving are: two sisters, Doris (Bill) Ruprecht of Cleveland, Ohio, and Margaret Lorenzen of Kenosha, Wisconsin; two daughters, Karen (Dirk) Goodwin of Rapid City, South Dakota and Linda Willoughby of Phoenix, Arizona; four grandchildren, Kirsten Goodwin of Gilbert, Arizona, Michelle Goodwin of Rapid City, South Dakota, Christine (Cody) Willoughby of Mesa, Arizona, and Kyle (Amy) Goodwin of Plainfield, Illinois; three great grandchildren, a great grandson, Sebastian Holcomb, great granddaughter Izabella Holcomb, and great granddaughter Yazmine “Mimi” Holcomb of Mesa, Arizona. In addition to her parents and husband, she was also predeceased by her sister, Genevieve Banfy. Friends and family may visit from 5 to 7 p.m. (Vigil at 6 p.m.) on Wednesday, May 21, at Whitney & Murphy Funeral Home, 4800 E. Indian School Road, Phoenix, Arizona. Funeral Mass will be at 10 a.m. on Thursday, May 22, at St. Theresa Catholic Church, 5045 E. Thomas Road, Phoenix, with Msgr. Michael O’Grady officiating. Interment will be at National Memorial Cemetery of Arizona immediately following the funeral mass. Subsequently, there will be a celebration of her life at 1:30 p.m. at St. Theresa Catholic Church. In lieu of flowers, please send donations to the Wounded Warrior Project.

Offer Hugs From Home Condolence for the family of WILLOUGHBY, MARY ANN