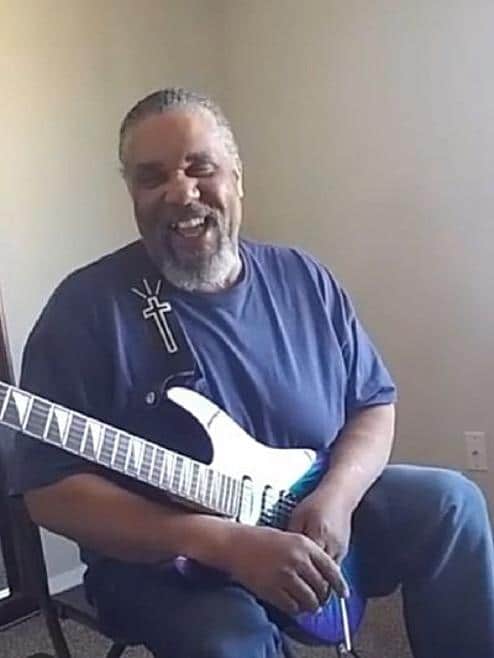 Vance Rommell Winston of Phoenix, Arizona was granted his angel wings on December 27, 2020 passing away suddenly and unexpectedly of a heart attack caused by a blood clot.

As per usual, showered with love in his final days during the holidays, Vance was hugged virtually and in-person by family and friends whom he had touched in large ways and small ways throughout his short, yet very memorable, life.

Vance was a treasured son, a loving, warm, and wonderful brother, a favorite uncle, a great mentor, and a most dearly beloved and caring friend as well as a fantastic devoted father to his beautiful kids/dogs – Grace, Shogun, Yankee…and the late Samurai. He was a creative, talented, loving, funny, and a powerful soul that brought light into so many people’s hearts. He was truly a beautiful person.

His life was too short, but those who were touched by him have come to understand that the quality of his existence in many ways exceeds the quantity of time during which he lived. His kindness, warmth, humor , and brilliant smile, brought so much joy and light to our family and to his many friends.

He was born February 1, 1966, in Pomona, California to George and Brenda Winston.

He attended Eisenhower High School in Rialto, California where he excelled in mathematics and played fierce football. He continued his education at Pima Community College in Tucson, Arizona where he graduated earning (2) AA degrees: Associate of Applied Science and an Associate of General Studies – He also procured Certifications in Basic Business and another in Hazardous Material.

A talented self-taught musician mastering guitar and keyboards, Vance loved writing songs and performing music . As lead guitarist for several years in the Christian heavy metal band, Crimson Storm, he is immortalized in live stage performances and via beautiful songs he wrote, including “Darkest of Rain”. Additionally, he utilized his mathematical acumen working as a sales investor in the stock market over the last year.

Vance reminded us of the preciousness of life. Gregarious and neighborly, he could spend hours chatting with his neighbors in the cool of the evening in his favorite chair in front
of his home while taking a moment to relax and to share his starlit soul, engaging with and staying close to those he cared for and loved so much.

He was preceded in death by his mother, Brenda Winston.

In lieu of flowers, donations may be made to:

Offer Hugs From Home Condolence for the family of WINSTON, VANCE ROMMELL