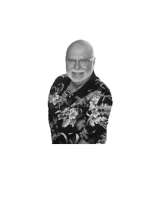 Thom was born in Ajo, AZ in 1939 and moved to Phoenix when he was 10 years old. He attended Camelback High School and was part of several social clubs and was elected to be a delegate for Anytown USA. He was drafted into the Army during the Vietnam War and was stationed in Germany for 4 years. After his duty in the Army, Thom returned to college at NAU where he graduated with a teaching degree and taught school in AZ and CA. He then relocated to Gallup, NM and worked in a Trading Post as a curator of Indian Art for several years before returning to AZ. Thom love to travel the world and he and Ralph went on many cruises abroad and visited many countries. He loved to read and was a fantastic cook He is survived by his sister Betty Brown brother Jim Witt, Ralph Kovach his partner of many years and many cousins, nieces and nephews. He will be truly missed by all his friends and family. A Graveside Service will be held at 10:00 A.M., Friday, April 30th, 2010 at the National Memorial Cemetery of AZ., 23029 N. Cave Creek Road, Phoenix. Gifts and donations to Hospice of the Valley, 1510 E. Flower Street, Phoenix, 85014.

Offer Hugs From Home Condolence for the family of WITT, THOMAS MONROE