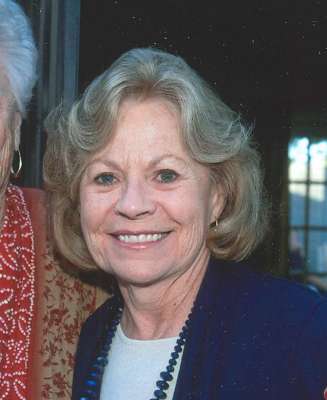 Laura, born October 16, 1948 in Muncie, Indiana to Roxie and Arch Hamilton, passed away peacefully on September 14, 2016, with her family by her side. Laura attended Cowan High School and graduated from Purdue University before moving to Phoenix, Arizona in 1970. Two years later she met her husband, Dave, and they were married in 1973. In her early years of marriage, she enjoyed annual trips to Rocky Point, camping in the White Mountains, and attending local sporting events, including Arizona State football, the Phoenix Racquets, and the Phoenix Suns.  She will be dearly missed by family and friends at her favorite annual tradition: Christmas tree cutting at the Grand Canyon.  She was a proud mother to two sons and devoted her time to their many activities, including volunteering at their schools, supporting their various sports teams, and serving as a Cub Scout Leader and member of the Brophy Mothers’ Guild. Laura was a beloved member of Paradise Valley United Methodist Church for 43 years, where she formed many lifelong friendships and was actively involved in many Church activities including the Caring Ministry Team, Bible Study, and the Gift Shop. Laura’s charitable efforts also included volunteering with Audrey’s Angels and United Methodist Outreach Ministries. She is survived by her loving husband of 43 years, Dave, sons David III (JoBeth) and Eric, granddaughter Savannah, sister Grace (Theo), and brother John (Cristy). Services will be held at Paradise Valley United Methodist Church, 4455 E. Lincoln Drive, Paradise Valley on Wednesday, September 21, 2016 at 3:00 p.m. In lieu of flowers, donations can be made to United Methodist Outreach Ministries or Audrey’s Angels.

Offer Hugs From Home Condolence for the family of WOOD, LAURA RUTH (HAMILTON)