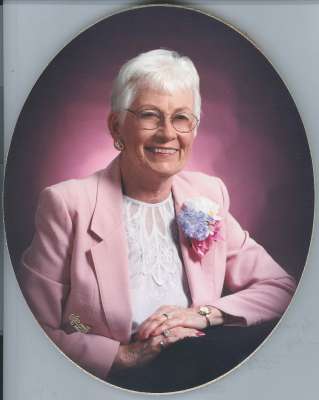 Beloved wife of the late Robert B. Wright and mother of Bruce (deceased) went home to be with the Lord August 26, 2014.  Marge arrived in the Valley with her husband from Scranton, PA in 1955.  Sharing his love of animals, the two began volunteering at the Arizona Humane Society (AHS) in 1958; one year after it was founded.  Thus began a lifetime dedicated to the welfare of animals and the people in their lives.  Marge launched education and outreach programs to teach children the importance of responsible, compassionate pet ownership.  She served briefly on the Arizona State Veterinary Board and the Humane Society of the United States Board.  And She was the face of the AHS, coming right into people’s homes as a regular guest on “Wallace and Ladmo,” making appearances on local news and radio broadcasts, and hosting “Pets on Parade” well into her 80’s.  The AHS Low-Cost Spay Neuter and Wellness Clinic was named in her honor.  Marge also loved her Aldersgate United Methodist Church, where she could always be found singing in the choir, teaching adult Bible classes and witnessing her love of the Lord Jesus Christ.  She was a lay leader and certified lay speaker who served on many committees.  She did the Walk to Emmaus and was involved in establishing The Desert Southwest Conference of the United Methodist Church with Bishop Elias Galvan.  Marge’s spirit is sure to live in the memories of all who had the pleasure of knowing her, meeting her, or seeing her on TV.  Marge is survived by her cherished friend and caregiver Rose Kirk and the members of the ‘Marge Wright Supper Club.’  The world is a better place for her contributions and achievements.  Visitation will be from 5:00 – 9:00pm on Tuesday, September 2, 2014 at Whitney & Murphy Funeral Home, 4800 E. Indian School Road, Phoenix.  Funeral service will be at 11:00am, Wednesday, September 3,  2014at the Bridge Aldersgate Campus United Methodist Church, United Methodist Parish, 3530 N. 32nd Street, Phoenix.  Graveside service will follow at East Resthaven Cemetery, 4310 E. Southern Avenue, Phoenix.  Marge requested that, in lieu of flowers, donations be made to the Arizona Humane Society or Hospice of the Valley.

Offer Hugs From Home Condolence for the family of WRIGHT, MARGARET “MARGE” STONIER