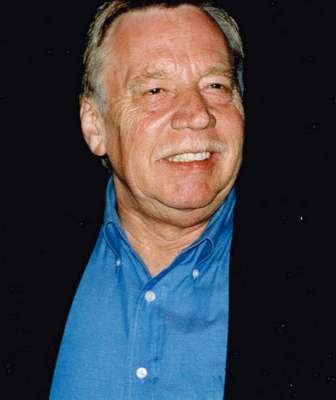 73, died September 20, 2014 from complications of COPD.  Born January 13, 1941 in Bellevue, Illinois, he grew up on his family’s dairy farm in Germantown, Illinois.  More of a reader than a farmer, he fought hard to attend high school and college.  He attended St. Louis University on the prestigious General Motors Scholarship.  The first person in his family to finish high school and attend college, he graduated with a degree in Industrial Engineering.  He married his former wife Barbara Wuebbels and they moved to Phoenix in 1965 where he obtained his Master’s Degree in Operations Research from ASU.  He worked at Motorola for 35+ years and was a devoted employee and avid softball player.  He traveled extensively through Asia and Mexico during his career. After leaving Motorola, he took a job in Hong Kong and lived overseas for two years fulfilling a lifelong dream to live abroad.  He retired for good in 2004.  He spent his retirement years being “hugely busy, doing nothing”, which included playing bridge, reading extensively, going to standing lunch dates to argue politics and

followed the Diamondbacks and Cardinals and was a season ticket-holder for many years.  He was a devoted grandfather, “Pops”, to Caitlin, Elly, Matthew, Rhys and Owen and great-grandfather to Eva.  He enjoyed his grandchildren beyond measure and delighted in every detail of their lives.  He was a great dad and father-in-law to Molly and Tom Gilbert, Meg and Mike Leal, Amy and Roland Diaz and Mark and Kyoko Wuebbels. He is also survived by his brother Wayne Wuebbels and his niece and nephews of Bartelso, Illinois. He and his former wife Barbara remained friends and were able to enjoy their children and grandchildren at holidays and events for the last several years.  He considered himself immensely blessed and lucky that his children were all happy and successful and he enjoyed his children, their families, and friends. He was a friend to everyone who knew him.  His Memorial Mass will be held on November 21st at 10:00am at the Franciscan Renewal Center, 5802 E. Lincoln Drive, Paradise Valley, Arizona 85253. In lieu of flowers, contributions can be made to St. Mary’s Food Bank.

Offer Hugs From Home Condolence for the family of WUEBBELS, DON ALOIS