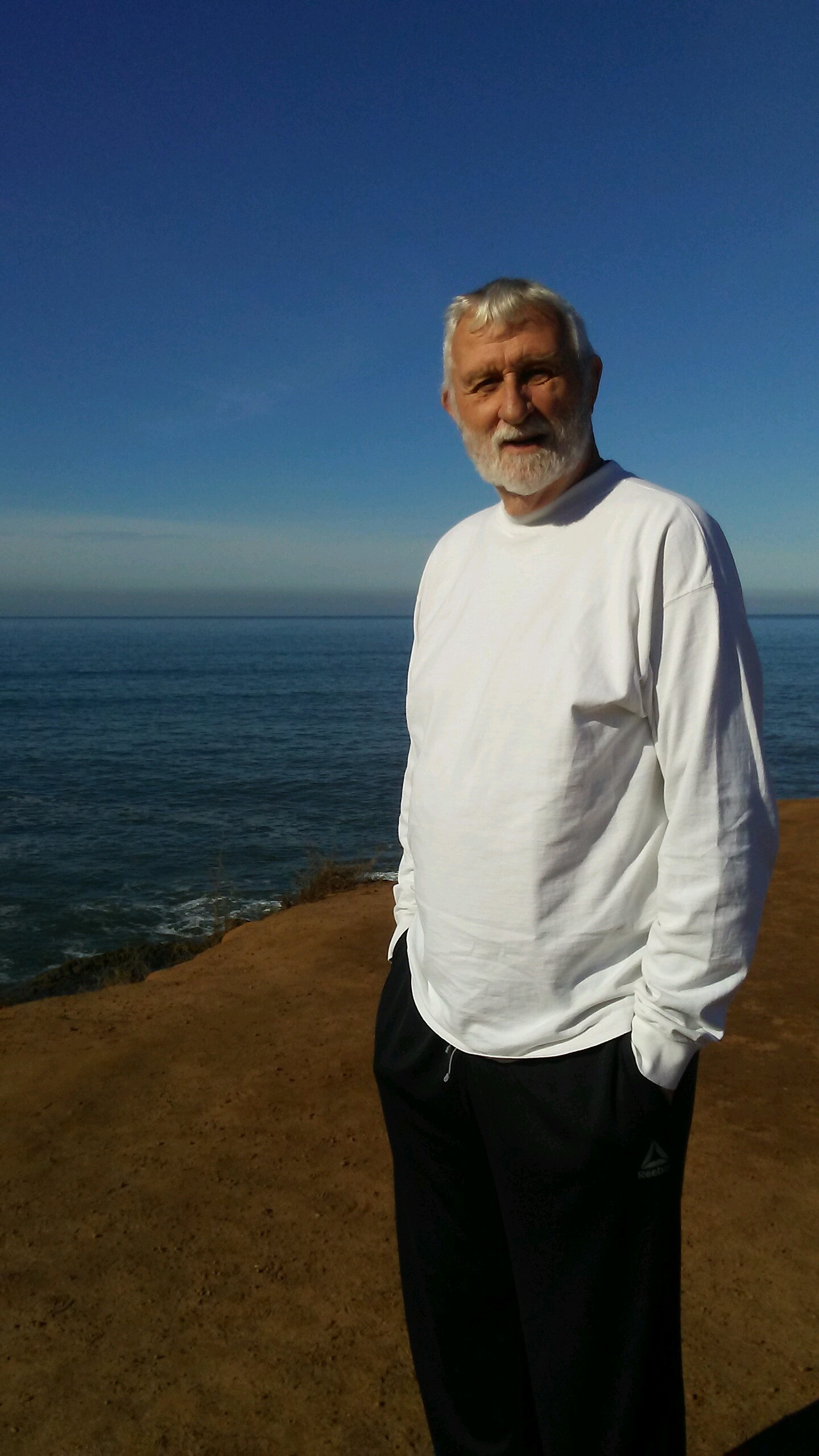 Bill was born and raised in Michigan. His love of basketball took him to Central Michigan University for college. In 1966, his junior year, Central Michigan went all the way to the NAIA Championships in Kansas City, Mo. At 6-foot-4, Bill was the tallest player on a team that won 17 straight games before losing to the eventual champions. Bill helped his coach, Ted Kjolhede, win NAIA Coach of the Year, and it was the best season in the history of CMU basketball.
Bill’s passion was being a teacher and coach. He coached both girls’ and boys’ basketball, from middle school to college. He also helped coach his young son’s AYS basketball team, which was an unforgettable experience for him.
Bill’s love of basketball took him to a small gym on the campus of Grand Canyon University in Phoenix. He enjoyed watching practices there, and he and Rose attended the games of the GCU women’s team. Eventually, they traveled to road games with the team. They were considered unofficial grandparents of the women’s team for many years, and a highlight for them was following GCU’s 29-3 team in 2011 that came within one victory of advancing to the NCAA Division II Championships. They supported the players and coaches unconditionally. The women knew that after the game was over, Bill and Rose would be there to give high-fives and offer encouragement, win or lose.
Bill always looked out for people who needed his help and never drew attention to himself. When he saw a need, he responded quickly and with humility and loving-kindness. On his own, and free of charge, he taught Excel classes to faculty and staff at GCU who needed to learn the spreadsheet program to do their jobs.
Bill was a big man with an even bigger heart. His friendliness and acceptance of others were his hallmarks, and those who came to know him were rewarded with enduring friendship.
The family would like to suggest that donations in lieu of flowers be made out to Hospice of the Valley at www.hov.org

Offer Hugs From Home Condolence for the family of YEARND III, BILL