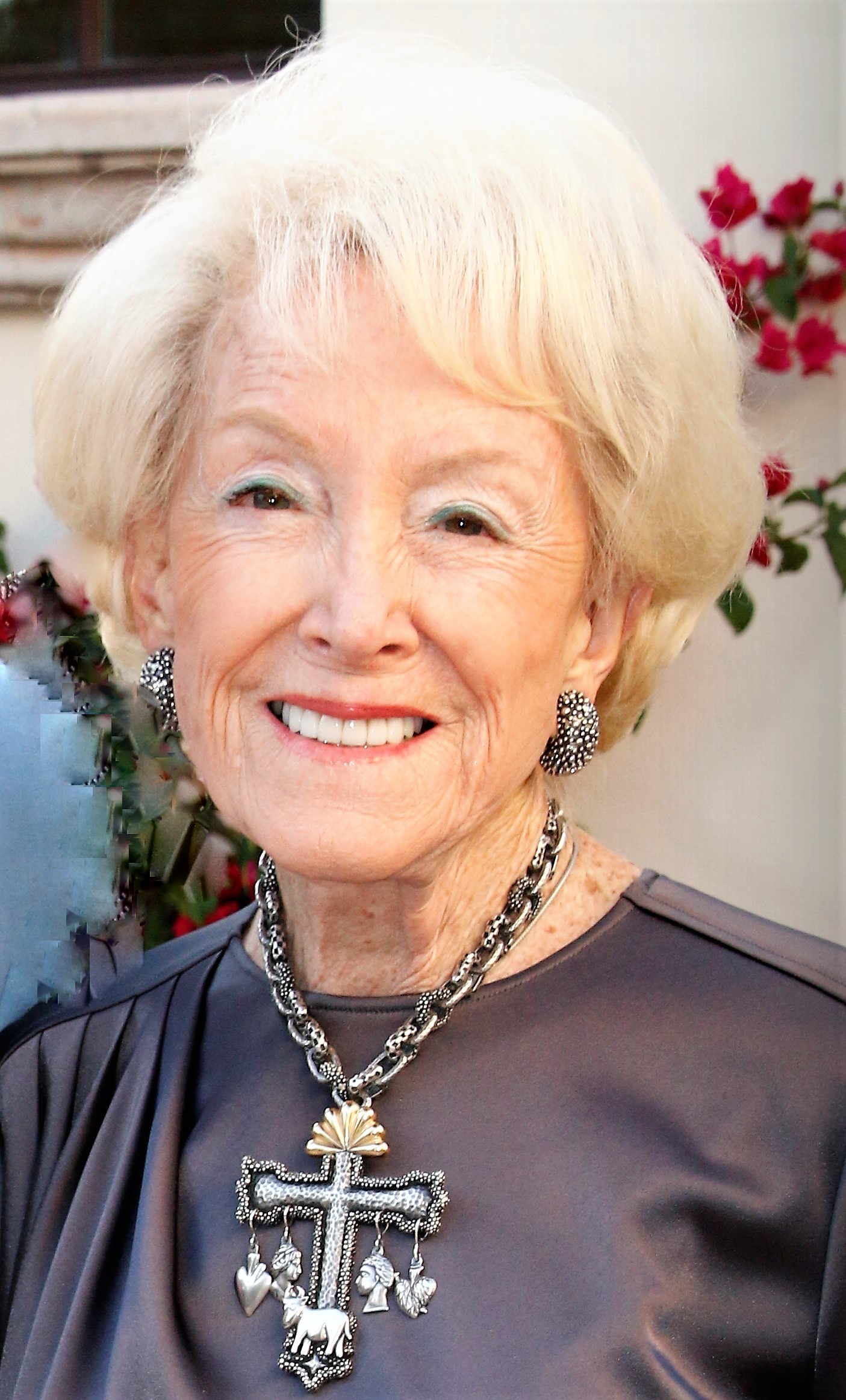 Barbara Wusich Young passed away on February 23, 2020 with her family by her side. Barbara was born on February 17, 1936 in Phoenix, Arizona, the only child of Nicholas Daniel Wusich and Elizabeth “Bette” Statler Wusich Stofft. Barbara was a second-generation Arizonan and delighted in telling the story of her grandmother, Flora Mae Gillett-Statler Ludden, who founded and developed the towns of Surprise and El Mirage, Arizona.

Barbara graduated from Colorado College in 1958 with her degree in Psychology and was a member of the Kappa Alpha Theta sorority, serving as President in 1957. Following graduation, Barbara moved home to Phoenix, Arizona where she started her family and taught nursery school at Valley Presbyterian Church. She was a devoted mother who never missed a ballet recital, choral performance, swim meet, tennis match, little league, or football game. She was even a den mother for her son Curt’s Cub Scout group. With her children in high school, Barbara started a second career as a commercial insurance agent with the family owned Statler Insurance and Real Estate Company in Glendale, Arizona until her retirement in 1989.

With her retirement, she fulfilled her love of travel and adventure traveling to countless domestic and international destinations – including Africa, Europe, the Amazon, Israel, Mexico, India, and more. She shared in her mother’s passion of the beauty of New Mexico enjoying 24 years at her home in Santa Fe where she created new friendships that endure to this day.

Barbara was committed to giving back to the community she was raised in and she instilled the importance of volunteering in her family. She was a member of the Phoenix Zoo Auxiliary, Maricopa County Hospital Auxiliary and The Junior League of Phoenix, co-chairing the 1982 Fiesta Under the Sun cookbook. She was a member of Desert Foundation Auxiliary for 45 years, serving as President in 1987, and a member of the Arizona Columbine Garden Club for 26 years, serving on the Board of Directors. Barbara co-chaired the 2009 Arizona Humane Society’s Compassion with Fashion fund raiser with her daughter, Kimberlee Reimann Padilla. In addition, Barbara and her husband Charlie joined daughter Abigail Young Hayo on medical missions to Botosani, Romania and Havana, Cuba. She also served on the board of directors for the University of Arizona Foundation-Cancer Center. Barbara and Charlie are long time members of the Paradise Valley Country Club, White Mountain Country Club, Valley Field Riding and Polo Club, Desert Botanical Garden, Phoenix Art Museum, Western Art Associates, and Valley Presbyterian Church.
Barbara was gracious, kind, warm, a bright light, and always smiling. She was a creative force that loved her bible study group, work-out group, golf, any card game, and everyone’s dogs, especially her own. She was a devoted Christian with an unwavering faith. And most of all Barbara cherished and loved her family. She was so proud of her children and grandchildren. She shared the world with them, making sure they experienced her favorite destinations.

There will be a Celebration of Life for Barbara announced at a later date.

In lieu of flowers, donations may be made in memory of Barbara to University of Arizona Foundation-Cancer Center, 1111 North Cherry Avenue, P.O. Box 210109, Tucson, Arizona 85721 (on-line at give.uafoundation.org/cancer-center); or to The Arizona Humane Society, Attn: Lydia Rios/Tribute Gifts, 1521 West Dobbins Road, Phoenix, AZ 85041 (on-line at AZHumane.Org).

Offer Hugs From Home Condolence for the family of YOUNG, BARBARA WUSICH